"May The Fours Be With You": Watch ICC's Brilliant Star Wars Tribute Video

The International Cricket Council gave a new twist to 'Star Wars Day' in their tribute video. 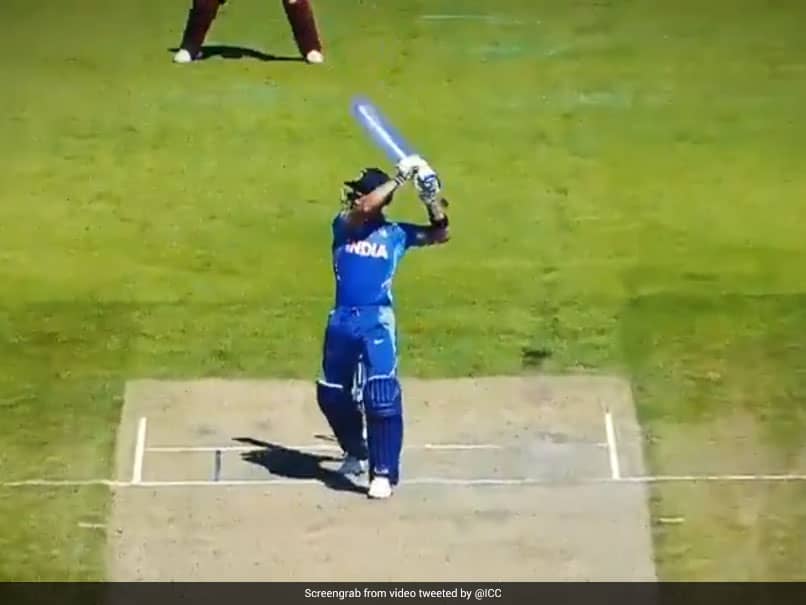 Virat Kohli slashes the ball for a boundary with his light saber in ICC's new video.© Twitter

On May 4, which is widely celebrated as 'Star Wars Day' by fans of the sci-fi franchise, the International Cricket Council (ICC) shared a brilliant tribute video, which shows batters hitting boundaries, but with a catch - their bats have been replaced with light sabers. "May The Fours Be With You," ICC aptly captioned the video. From cheeky scoops by Jos Buttler and Niroshan Dickwella to majestic upper-cuts by Virat Kohli and Chris Gayle, the video captures some marvellous strokes, with the light sabers making the shots look even more aesthetically pleasing.

The video begins with Jos Buttler walking across the stumps to scoop Wahab Riaz during England's match against Pakistan in the 2019 World Cup. Kohli is seen playing a marvellous upper-cut against West Indies' Oshane Thomas from their match in the same competition.

The video also features a lovely cover drive by Thailand women's team player Nattakan Chantham, as well as the sweep shot against Ravichandran Ashwin that got Fakhar Zaman to his maiden ODI century in the Champions Trophy final against India in 2017.

The video impressed some fans, while other users left some cheeky comments.

"Defining creativity Smiling face with sunglasses. Love the concept of Star war with fours Red heart ... Looking forward for more of this," one user replied to the video.

"And May the Extra Four be with England!" one user wrote, tongue firmly in cheek, referring to the controversial boundary that deflected off Ben Stokes' bat as he tried to make the crease in the last over of the 2019 World Cup final.

"Lightsaber not cutting the ball into two parts still makes more sense than England lifting the cup," tweeted another user.

Fakhar Zaman International Cricket Council Cricket
Get the latest updates on India vs England Series, India vs England , live score and IPL 2021 Auction . Like us on Facebook or follow us on Twitter for more sports updates. You can also download the NDTV Cricket app for Android or iOS.