Virat Kohli had a poor outing in the first Test against New Zealand at Wellington and slid down the ranking chart. 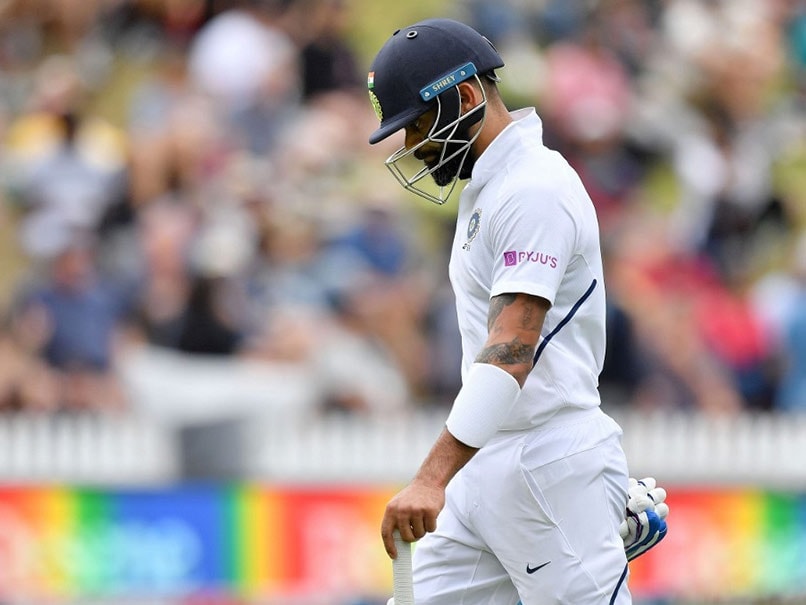 Virat Kohli's poor performance in the first Test against New Zealand in Wellington saw him lose his top spot to Australia's Steve Smith in the latest ICC Test rankings for batsmen. Kohli scored 2 and 19 in his two innings as New Zealand comfortably beat India by 10 wickets at the Basin Reserve. This saw his ranking points drop to 906. Steve Smith, whose last Test match was in January against New Zealand, now tops the Test batting charts with 911 points.

Kane Williamson, who scored 89 for New Zealand in their first innings, moved above Australia's Marnus Labuschagne to the third spot.

Cheteshwar Pujara also dropped two places to ninth while Ajinkya Rahane, who scored 46 and 19 in Wellington, gained a place to go eighth.

Mayank Agarwal, who scored 92 runs over his two innings, including a half-century in the second, jumped two places and to achieve a career-highest 10th spot.

Among the bowlers, Tim Southee moved up eight places to sixth spot after picking up nine wickets against India. Trent Boult also jumped up four spots to 13th in the rankings after his impressive show against India.

Ishant Sharma, who picked up a five-wicket haul for India, moved up a place to 17th with his career-highest points.

The defeat in Wellington was India's first defeat in the World Test Championship. Second-placed Australia, whose next assignment in the longest format of the game is a two-match series in Bangladesh in June, will have a chance then to close the gap on the top of the table.

Ajinkya Rahane Mayank Agarwal Cricket
Get the latest updates on ICC Women's Cricket World Cup 2022 and IPL 2022, check out the Schedule , Live Score and IPL Points Table. Like us on Facebook or follow us on Twitter for more sports updates. You can also download the NDTV Cricket app for Android or iOS.