India opener Rohit Sharma remained fifth as he increased the lead over captain Virat Kohli from seven to 30 rating points while fast bowler Jasprit Bumrah moved up from 10th to ninth place in the ICC Men's Test Player Rankings. 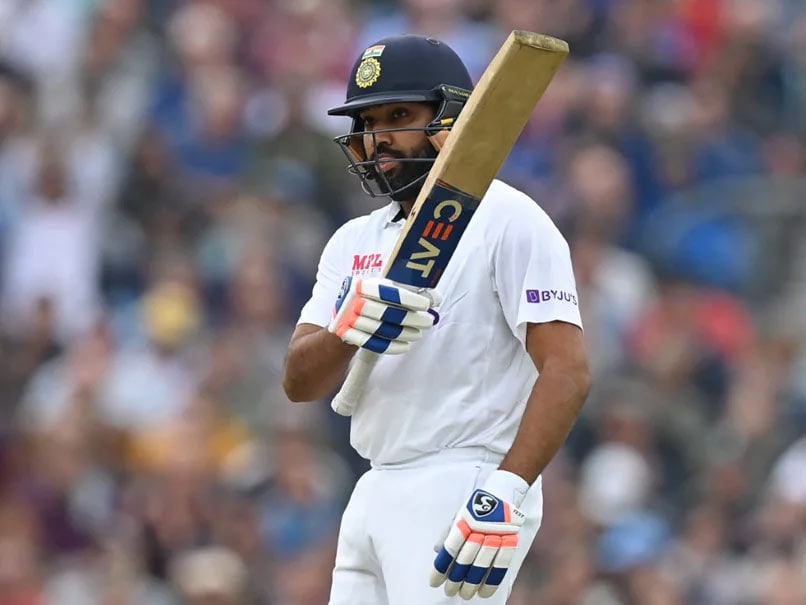 Rohit Sharma scored a brilliant century in the fourth Test at The Oval.© AFP

England batter Ollie Pope and India all-rounder Shardul Thakur have made notable gains in the ICC Men's Test Player Rankings after fine performances in the fourth Test of their ICC World Test Championship series played at The Oval. Pope's first innings knock of 82 has helped him advance nine slots to 49th position among batters while Thakur's two half-centuries have lifted him a good 59 places to 79th position. Thakur has also moved up seven places to 49th in the bowlers' list after finishing with four wickets in the match.

India opener Rohit Sharma remains fifth but his match-winning 127 in the second innings sees him increase the lead over captain Virat Kohli from seven to 30 rating points while fast bowler Jasprit Bumrah is up from 10th to ninth after finishing with two wickets in each innings of the match.

England all-rounder Chris Woakes is another one to progress in the latest weekly update, gaining seven places to reach 87th among batters and three places to 23rd among bowlers after finishing with seven wickets at The Oval. Ollie Robinson's five wickets have lifted him three places to 33rd.

Aiden Markram (up six places to 69th) and Heinrich Klaasen (up seven places to 70th) are the others from the team to progress among batters. Left-arm spinner Tabraiz Shamsi, who is the top-ranked bowler in T20Is, has moved up nine places to 28th among bowlers.

Sri Lanka's Avishka Fernando is up 11 places to 41st while Kariyawasa Asalanka's series topping 196 runs see him shoot up 122 places to 66th position. Wanindu Hasaranga is up three places to 32nd among bowlers.

In the ICC Men's T20I Player Rankings, Paul Stirling has gained nine slots to reach 14th place after scoring 234 runs in the five-match series against Zimbabwe, which they won at home. Craig Ervine is another batter to move up the batting rankings, from 128th to 85th.

For Bangladesh, spin bowlers Shakib Al Hassan and Mehedi Hasan, who have four wickets each in the first three matches of their ongoing five-match home series against New Zealand, have also progressed. Shakib has gone up from 12th to ninth and Mehedi from 91st to 24th.

Aiden Markram England vs India, 2021 Cricket
Get the latest updates on SA vs IND 2021-22, check out the Schedule and Live Score . Like us on Facebook or follow us on Twitter for more sports updates. You can also download the NDTV Cricket app for Android or iOS.