Virat Kohli has been replaced by England captain Eoin Morgan who scored 136 runs from three innings against South Africa in the just-concluded series. 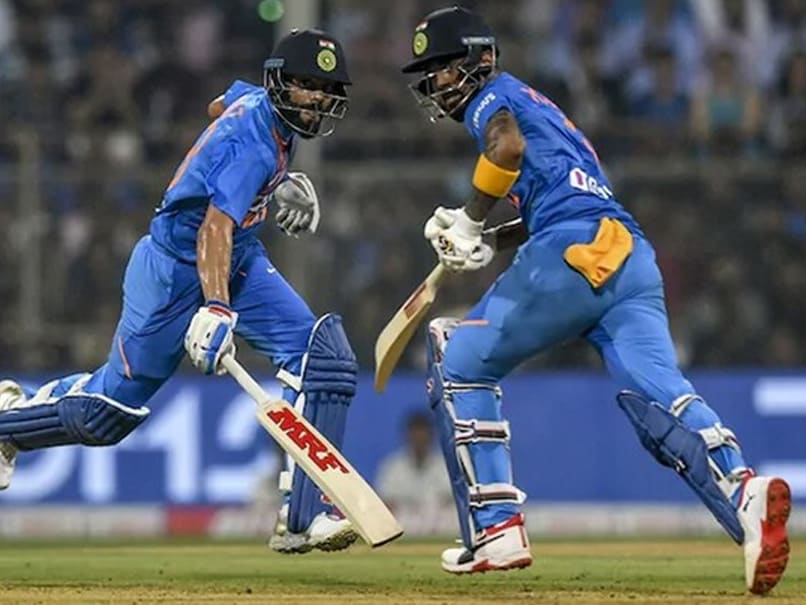 KL Rahul was in great from in the five-match T20I series against New Zealand which India won 5-0.© AFP

India's KL Rahulmaintained his second spot whereas skipper Virat Kohli moved down to the 10th spot in the latest ICC T20I rankings for batsmen released on Monday. Rahul was in great from in the five-match T20I series against New Zealand which India won 5-0. He had scored 224 runs at an average of 56 and played an instrumental role in India's triumph over the Black Caps. Kohli, on the other hand, could manage only 105 runs in the four T20I innings against the Kiwis.

The Indian skipper has been replaced by England captain Eoin Morgan who scored 136 runs from three innings against South Africa and helped them win the series 2-1.

He went past Kohli and his deputy Rohit Sharma to claim the ninth position. Quinton de Kock, Morgan's opposite number, has climbed as many as 10 spots to occupy the 16th position, after having registered scores of 31, 65 and 35.

Babar Azam remains at the top of the rankings, followed by Rahul and Australia captain Aaron Finch, while the bowling and the all-rounders charts are led by Afghanistan's Rashid Khan and Mohammad Nabi respectively.

England have retained their third position in the team rankings and their series win against South Africa has taken them within two points of second-placed Australia. India come fourth in the list topped by Pakistan.

Virat Kohli Cricket International Cricket Council
Get the latest updates on Olympics 2020, Olympics 2020 Medal Tally, Live Cricket Score . Like us on Facebook or follow us on Twitter for more sports updates. You can also download the NDTV Cricket app for Android or iOS.