ICC T20I Rankings: Dawid Malan has a 44-point lead over second-placed Babar Azam in the standings. 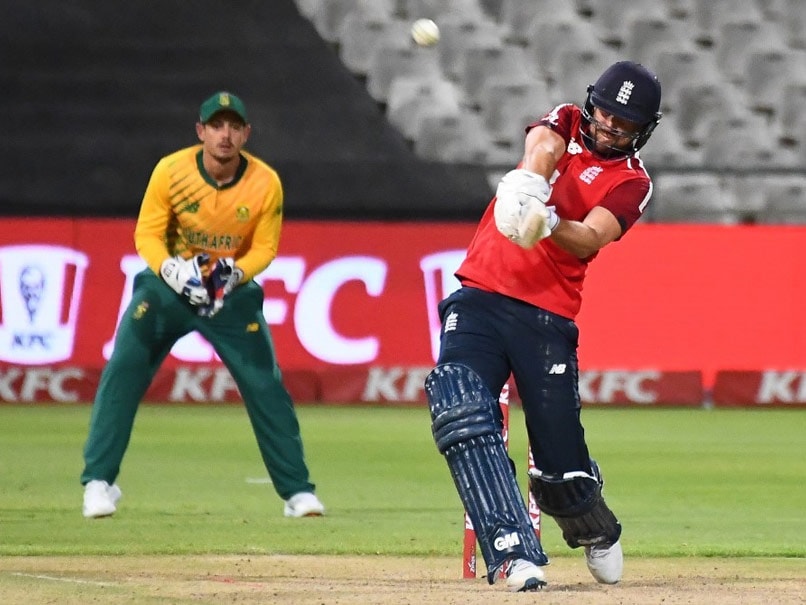 Dawid Malan hits a six during the third T20I vs South Africa.© AFP

England's left-hand batsman Dawid Malan has attained the highest-ever rating points for batsmen in the ICC Men's T20I Player Rankings after showing impressive performance in the recently concluded series against South Africa. Malan was adjudged as the Player of the Series for his performance against South Africa. The 33-year-old left-hander now has 915 points in T20I rankings and he is the first to cross the 900-point mark after Australian Aaron Finch's 900-point achievement in July 2018. Malan now enjoys a 44-point lead over Pakistan's Babar Azam, whom he overtook to become number one in September this year. Malan's player of the series performance against South Africa included a match-winning 99 not out in the final T20I and this helped Eoin Morgan's side register a white-wash against the Proteas.

KL Rahul and Virat Kohli are the only two Indian batsmen to feature in the ICC T20I Player Rankings. Rahul and Kohli are slotted at the fourth and ninth positions respectively.

With this series win, England also dethroned Australia at the top of ICC T20I Team Rankings. England, who had started the series at 271 points, is now level with Australia at 275 points but is ahead on decimal points. India is at the third spot in the T20I rankings, four points ahead of fourth-placed Pakistan.

South Africa and New Zealand have retained their fifth and sixth positions while the West Indies have slipped behind Afghanistan to 10th place after losing 2-0 to New Zealand in another series.

England's Jos Buttler has gained seven slots to reach 21st position while South Africa's Rassie van der Dussen's continued good form, which saw him score 136 runs in the series, has lifted him 17 places to a career-best fifth position. Faf du Plessis's return to form, with an aggregate of 121 runs, has pushed him into the top 20.

Among the bowlers, England's leg-spinner Adil Rashid is back to the 700-point mark, gaining three places to reach number four. He is just one spot below his career-best third position achieved in November 2018. The top seven bowlers are all spinners, with Tabraiz Shamsi, South Africa's top-ranked bowler in the fifth place.

Babar Azam International Cricket Council Cricket
Get the latest updates on ICC T20 Worldcup 2022, check out the Schedule and Live Score. Like us on Facebook or follow us on Twitter for more sports updates. You can also download the NDTV Cricket app for Android or iOS.