I Played Two Years Longer Than I Should Have, Says Ricky Ponting

Former Australia captain, Ricky Ponting, who retired in 2012 after playing168 Tests, said he should have retired at least two years before but added that he stayed on to help Gen X despite the realisation that he could not have become a better batsman. 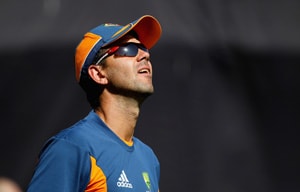 Former Australia captain Ricky Ponting, who retired in 2012, has said he delayed his international retirement by two years in his bid to help the team deal with a generational shift.

Ponting, who played in 168 Test matches for Australia, said he stayed on because he wanted to help the next generation of Australian Test stars to come through. (Also read: MonkeyGate Saga Ruined Andrew Symonds' Career: Ricky Ponting)

"I probably played two years longer than I should have done," he told Sky Sports. "I think I knew in myself that I couldn't get better. I felt that if anything, I could maintain a certain level. I think from 120, 130 Tests I knew I could not get any better," the batting legend said candidly.

One of the finest batsmen in contemporary cricket and Australia's middle-order bulwark for years retired after an illustrious career spanning 17 years. (Must read: India Deserve 'Little Say' in International Cricket: Ricky Ponting)

"I wasn't playing for me, I was playing for the younger guys in the team. Great teams that I played in had a really good solid core of experienced players and great characters," said the two-time World Cup-winning captain.

"I might be patting myself on the back here, but I thought I was one of those players," he said.

Ponting gave up captaincy after the 2011 World Cup and then played under Michael Clarke. He suffered from a dip in form the last few years of his career and continued playing Test cricket despite being axed from Australia's one-day squad.