I am a Good Lad, Greed Got Better of Me, says Lou Vincent

In an interview with the New Zealand Herald on Wednesday, disgraced former Kiwi cricketer Lou Vincent said he doesn't want sympathy but hopes for understanding of how he succumbed to the temptation to fix matches. 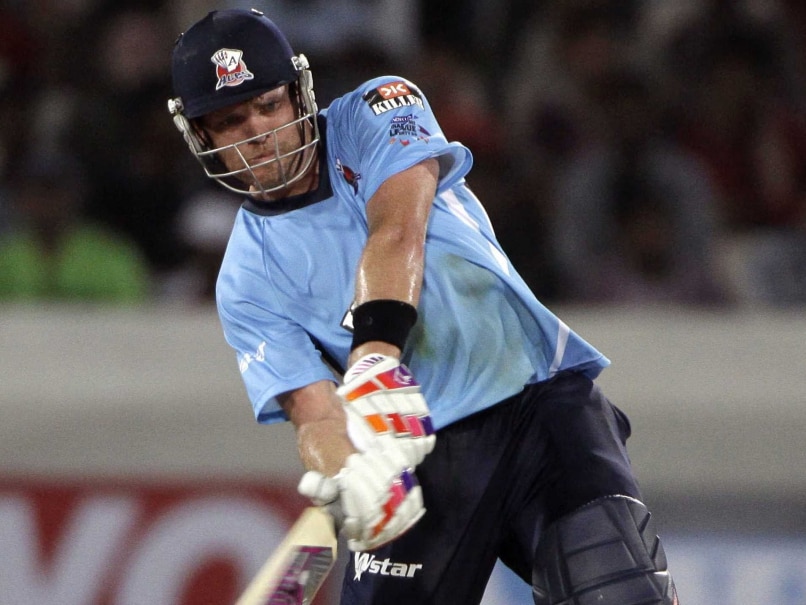 Vincent said he was motivated by greed when he first became involved with fixing.© AP
Wellington:

Disgraced former New Zealand batsman Lou Vincent says he's "a good lad" whose participation in match fixing - for which he isbanned from cricket for life - was like "being dragged into a thick spider web."

In an interview with the New Zealand Herald on Wednesday, Vincent said he doesn't want sympathy but hopes for understanding of how he succumbed to the temptation to fix matches.

Vincent said he was motivated by greed when he first became involved in fixing while playing in the unsanctioned Indian Cricket League. He was approached by a bookmaker who offered him $15,000 and the services of a prostitute to manipulate the outcome of games. ('My Name is Lou Vincent & I'm a Cheat')

Vincent reported the approach to a fellow player who he trusted, but found that player was already a match fixer.

"Being around this person who oozed self-confidence and self-esteem was uplifting," he was quoted as saying. "I went to this person's room, explained my situation, then he paused, looked up and said 'that's great, a good cover because now you're working for me and we're going to be fixing matches.'

"Try saying no to that. He said the ICL was unsanctioned, like backyard cricket, exhibition stuff, so fixing was OK and he'd pay me $50,000 per game."

Vincent variously refers to the player involved as "The Don" or "My Hero." He said the player threatened him with a cricket bat when a fix failed because of his mistakes.

Vincent said he renewed his arrangement with the player involved when he went on to play for Lancashire in English county cricket. He admits approaching his Lancashire teammate, England player Mal Loye and offering him money to fix matches. Loye refused and reported the approach to the England and Wales Cricket Board.

On Tuesday the ECB banned Vincent for life from all involvement in cricket after he pleaded guilty to 18 fixing chargers relating to county matches.

Vincent describes the intricate system under which payments for his services were made.

"One time I was given an address at an industrial site in Birmingham," he said. "I went to a pre-instructed street number and knocked.

"I heard a latch and then the door opened and I walk into a small laundry. An elderly Indian couple in their 60s or 70s welcomed me. I'd been rung to say pick out any 20 pound note, and text the barcode to a bookie. I passed it on to these guys to verify my entrance. They said 'there's your bag of cash' and off I went."

Comments
Topics mentioned in this article
Lou Vincent New Zealand Cricket Team Cricket
Get the latest updates on ICC Women's Cricket World Cup 2022 and IPL 2022, check out the Schedule , Live Score and IPL Points Table. Like us on Facebook or follow us on Twitter for more sports updates. You can also download the NDTV Cricket app for Android or iOS.