Hrishikesh Kanitkar scored over 8,000 runs in the Ranji Trophy, inclusive of 28 centuries. He played two Tests and 34 One-Day Internationals (ODI). Ajay Ratra represented India in six Tests and 12 ODIs, and was a consistent performer at the domestic level 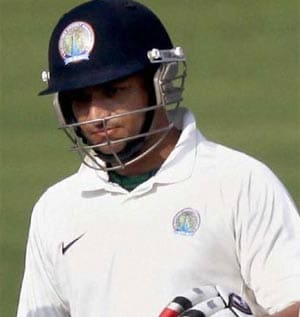 Former India batsman Hrishikesh Kanitkar and wicketkeeper Ajay Ratra on Thursday announced their retirements from all forms of the game.

Kanitkar scored over 8,000 runs in the Ranji Trophy, inclusive of 28 centuries. He played two Tests and 34 One-Day Internationals (ODI). He was part of Indian teams that did well in quite a few limited-overs competitions in the late 1990s.

Ratra represented India in six Tests and 12 ODIs, and was a consistent performer at the domestic level. He was a member of the Indian team that won the Under-19 World Cup in 2000.

"On behalf of the Board of Control for Cricket in India (BCCI), I congratulate both Hrishikesh and Ajay for memorable careers, and wish them all the best for the future," BCCI president Jagmohan Dalmiya said in a statement.

Kanitkar will be remembered for his contributions for India, at crucial stages in several limited-overs matches and tournaments in the late 1990s. It was under his captaincy that Rajasthan first won the Ranji Trophy, in 2010-11. He led the team to another Ranji triumph in the next season.

Ratra will be remembered for his unbeaten 115 against the West Indies in Antigua in 2001-02 that made him the youngest wicketkeeper-batsman to score a Test hundred.

"Both Hrishikesh and Ajay were hardworking cricketers and thorough professionals. I have no doubt that they will display the same qualities in their chosen vocations," BCCI secretary Anurag Thakur said.

Comments
Topics mentioned in this article
Hrishikesh Hemant Kanitkar Ajay Ratra Cricket
Get the latest updates on T20 World Cup, check out the T20 World Cup Schedule and Live Score . Like us on Facebook or follow us on Twitter for more sports updates. You can also download the NDTV Cricket app for Android or iOS.