"How Krunal Is For Me, Kieron Pollard Is The Same": Hardik Pandya On Camaraderie With West Indies All-Rounder 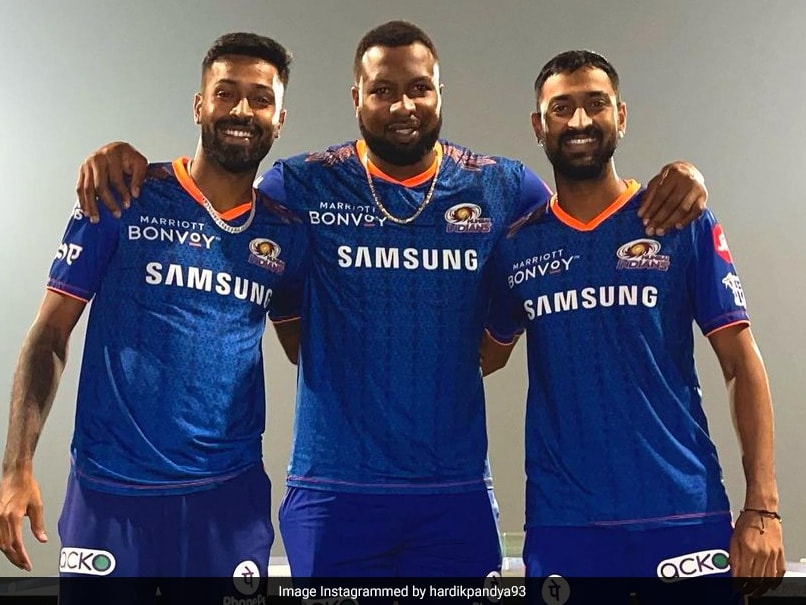 Hardik and Krunal Pandya shared the dressing room with Kieron Pollard during the IPL.© Instagram

India all-rounder Hardik Pandya has called his Mumbai Indians (MI) teammate Kieron Pollard a 'Gujarati' by heart and said the West Indies limited-overs skipper functions like an 'Indian guy'. "We call him grandpa. He is from West Indies but he is actually a Gujarati at heart. He literally functions like an Indian: a guy who believes in property, a guy who believes in investments, a guy who believes: instead of buying a car, I'll buy property because it will grow, Ek rupiah Nahin waste karoonga [I won't waste a rupee]," said Pandya to ESPNcricinfo.

Pandya further said that Pollard is not only a friend but a 'family' now.

"The relationship started because of Krunal. In 2015 at the IPL I did not speak to Polly. He was in the next room but it was just "Hi Polly, bye Polly." In 2016, when Krunal came in, I started talking to Polly. Polly is now family, not just a friend, not just a team-mate," he said.

India will open its T20 World Cup campaign against Pakistan on October 24 in Dubai. After the upcoming T20 World Cup, Virat Kohli will be stepping down as the side's captain in the shortest format.

Kieron Pollard Cricket
Get the latest updates on IND vs NZ 2021, check out the Schedule and Live Score . Like us on Facebook or follow us on Twitter for more sports updates. You can also download the NDTV Cricket app for Android or iOS.