Rahul Dravid will move to a bigger cricketing role on Monday when he takes charge of the National Cricket Academy in Bangalore on a two-year contract. 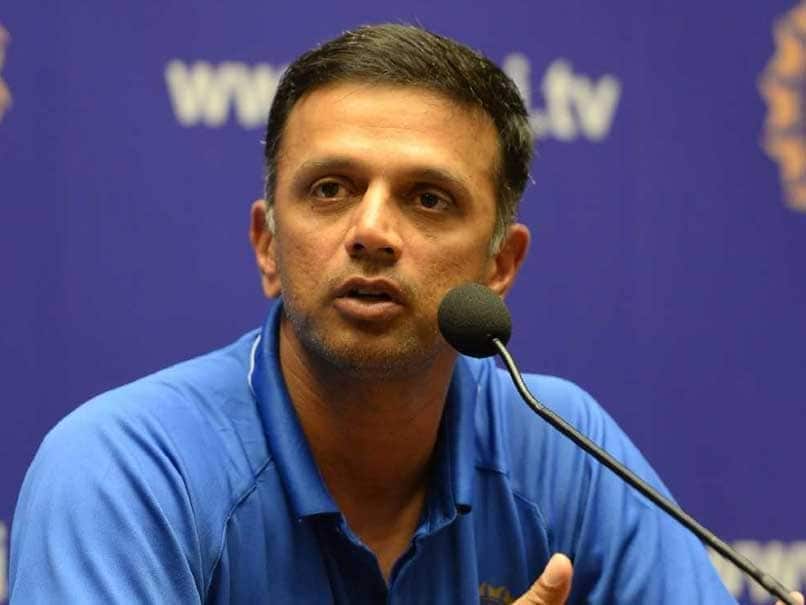 Rahul Dravid will groom the next generation of cricketers and chart out a roadmap for junior cricket.© AFP

Former India captain and junior coach Rahul Dravid will move to a bigger cricketing role on Monday when he takes charge of the National Cricket Academy in Bangalore on a two-year contract. As NCA's Head of Cricket, Rahul Dravid will groom the next generation of cricketers and chart out a roadmap for junior cricket. He will also monitor the upcoming women cricketers besides appointing the coaching staff at NCA and the zonal cricket academies. The batting great will also spearhead NCA's rehab programme for the injured cricketers. The new role means that he won't be able to travel with India A and U-19 teams as he used to. Former India pacer Paras Mhambrey and Abhay Sharma remain part of the junior team support staff.

"He will travel with India A and U-19 teams but not for the entirety of the tour. It is a much bigger responsibility and it will require him to spend more time at NCA than with the junior teams," a BCCI official told PTI after the Committee of Administrators (CoA) meeting on Saturday.

"Mhambrey and Sharma will continue to be with A and U-19 team for now. Though we are looking to bolster the coaching staff," he added.

Another matter discussed in the meeting concerned conflict of interest vis-a-vis current and former cricketers in the wake of the order passed by BCCI ethics officer and former Supreme Court judge, D K Jain, on VVS Laxman and Sourav Ganguly.

Keeping the soul of the Lodha reforms in mind - one person one post -- Jain had ruled that ex-India batsman Laxman will have to chose one role out of the three he is involved in currently.

He is a member of the Cricket Advisory Committee (CAC), from which he has offered to step down, mentor of IPL franchise Sunrisers Hyderabad and a commentator.

It also affects Ganguly, who too is commentating in the World Cup besides being a CAC member, Bengal cricket boss and advisor of IPL side Delhi Capitals.

Based on Jain's order, even current players like Irfan Pathan, Parthiv Patel and Robin Uthappa could be barred from commentating. All three are involved as World Cup experts on various platforms.

It is for the BCCI to enforce Jain's order but the board is not in a hurry to rush to a decision.

"We will examine the order. We will also take the opinion of our legal team. At this moment, is is tough to say when we will decided on the matter," the official added.

Rahul Dravid Cricket BCCI
Get the latest updates on ICC T20 Worldcup 2022 and CWG 2022 check out the Schedule, Live Score and Medals Tally. Like us on Facebook or follow us on Twitter for more sports updates. You can also download the NDTV Cricket app for Android or iOS.