Hardik Pandya recently got engaged to actress Natasa Stankovic, however, his father Himanshu has said that the family had no clue of the cricketer's engagement plans. 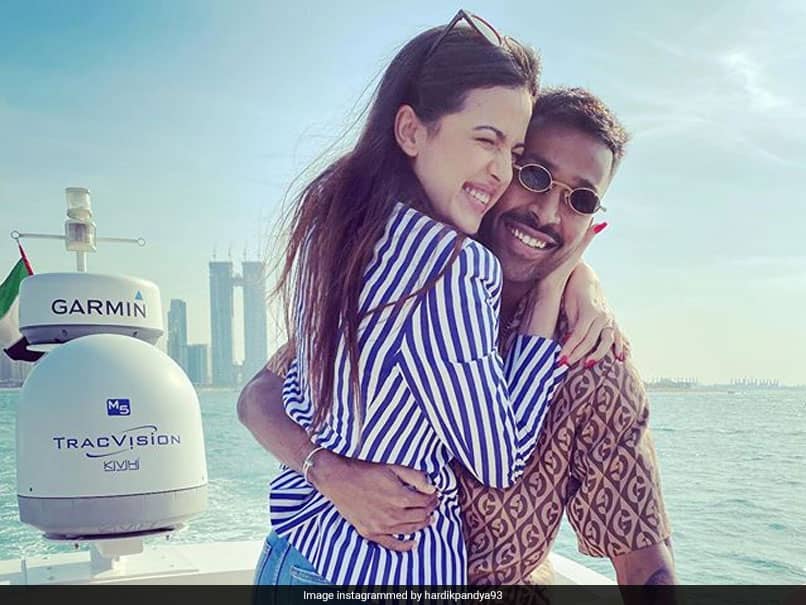 Hardik Pandya isn't a part of the Indian national team, which will be taking on Sri Lanka.© Instagram

The news of India all-rounder Hardik Pandya's engagement to actress Natasa Stankovic was not just a surprise for his fans, but also for his family. Hardik recently got engaged to actress Natasa Stankovic and the all-rounder's father, Himanshu, has said that the family had no clue of Hardik's engagement plans. "Natasa is a very nice girl, and we have met her in Mumbai on a number of occasions. We knew that they were going on a vacation to Dubai, but had no clue that they were going to get engaged. This took us by surprise. We came to know about it after they got engaged," Hardik's father was quoted as saying by Bombay Times.

On January 1, Hardik had himself shared an image of him proposing to Natasa on social media and had captioned it: "Mai tera, Tu meri jaane, saara Hindustan. 01.01.2020 #engaged."

Earlier, Pandya had marked the beginning of new year 2020 with an Instagram post, saying: "Starting the year with my firework".

India skipper Virat Kohli, who tied the knot with actress Anushka Sharma in 2017, took to social media to wish the all-rounder. "Congratulations H. What a pleasant surprise. Wish you guys great times ahead. God bless."

Hardik isn't a part of the Indian national team, which will be taking on Sri Lanka and Australia in a T20I and ODI series at home as he undergoes rehab for a back surgery he underwent in London in October. However, the all-rounder will travel to New Zealand with the India 'A' squad.