Hardik Pandya shared a video on social media where his late father is seen breaking into a smile upon receiving a surprise gift from son. 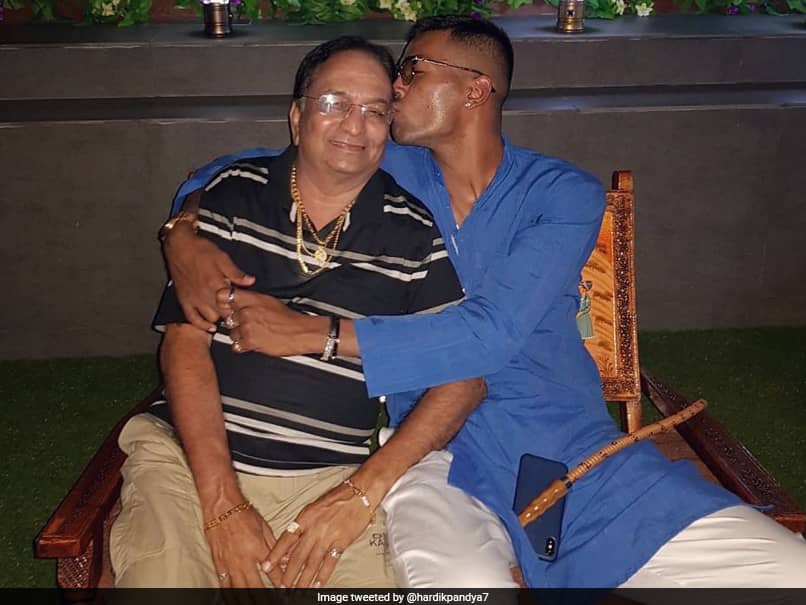 Hardik Pandya on Tuesday shared on social media the moment he had gifted a new car to his father as a surprise and remembered the time Pandya senior smiled "like a kid who got his candy". Hardik and fellow India cricketer Krunal Pandya's father Himanshu Pandya died last month. "Knowing you are not here makes me cry!" tweeted Hardik along with a video where his father is captured breaking into a smile upon learning that the car he had been inspecting at a showroom had been gifted to him by his son.

Knowing you are not here makes me cry ! But seeing you smile like a kid who got his candy makes me smile and remember you with so much joy !
Love you dad pic.twitter.com/y8VXgQNUE6

In the video, Himanshu Pandya is seen observing a car in the showroom and one of Hardik's friends enquiring whether the brand-new vehicle is a fit for the prospective customer.

Even as Himanshu Pandya considered the specifications and looked unsure about finalising his choice, the friend broke the news that the car had been gifted to Pandya senior by Hardik.

A visibly jubilant father then speaks with the son over a video call. "Love you," says the father.

Hardik is part of India's Test squad for the upcoming four-match series against England.

The Indian players completed their quarantine on Monday and hit the ground at the MA Chidambaram Stadium.

Kohli returns as captain in this series after a paternity leave that he had availed during the Test series in Australia.

The last two Tests will be played in Ahmedabad.