Hardik Pandya didn't get to spend much time with his new-born son Agastya as he had to fly to the United Arab Emirates for the IPL. 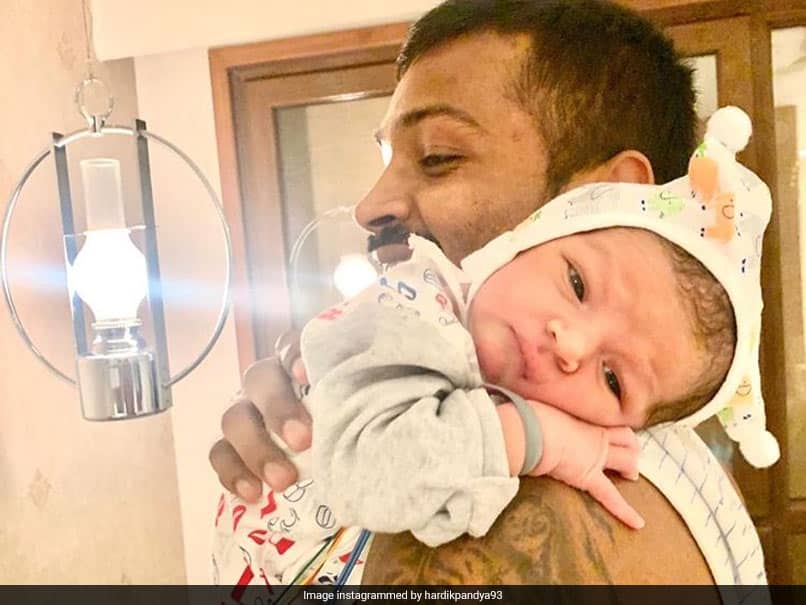 Mumbai Indians all-rounder Hardik Pandya played a vital knock as his side entered the IPL 2020 final beating Delhi Capitals in Qualifier 1 in Dubai on Thursday. A day after his side's comprehensive win, Hardik took to Instagram to share an adorable throwback video playing with his son Agastya, who was born on July 30. Due to his commitments with his IPL franchise, Hardik didn't get to spend much time with his baby boy as he had to fly to the United Arab Emirates in less than a month's time from his son's birth. While Hardik has been impressive on the field, his heart belongs to his son who is miles away from him in India. Expressing his feeling on Instagram, Hardik wrote: "Play time with Agastya, the thing I miss most. I'll remember these days for the rest of my life".

Play time with Agastya, the thing I miss most. I'll remember these days for the rest of my life

Hardik Pandya, batting lower down the order, smashed 37 not out off just 14 balls which propelled his side to a huge 200/5 in the first innings. Given his recent lower back surgery, Hardik is yet to resume his bowling duties but has made up for that with his explosive batting something which was on display on Thursday where he smashed five sixes during his 14-ball knock.

Mumbai Indians, who have won the IPL four times before including last year, will look to add one more title to their trophy cabinet when in the summit clash on November 10. After the IPL final, Hardik will fly directly to Sydney along with other Team India players. He has not been picked in the longest format squad but will play a key role in the limited-overs series, comprising three ODIs and as many T20Is.