It is learnt that Hardik Pandya has unreservedly apologised to the Indian team management and his teammates here. 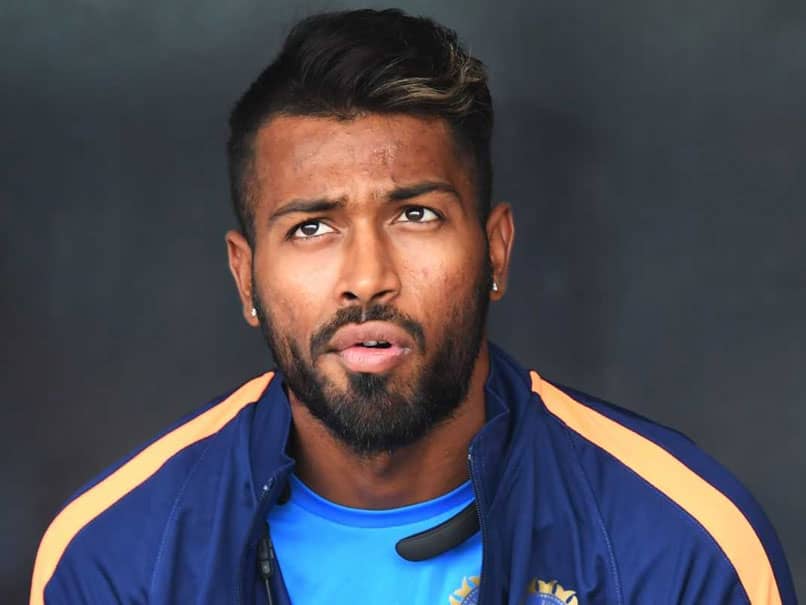 Hardik Pandya is in Sydney for the ongoing series against Australia.© AFP

Indian cricketer Hardik Pandya on Wednesday responded to the BCCI show-cause notice by saying that he was "sincerely regretful" for the comments he made on a TV show, which were slammed as sexist and misogynistic. In his response to the notice, which gave him 24 hours to explain himself, Pandya said he did not realise that his comments would be found offensive. "I made an appearance on the chat show where I have made certain statements without realising that these could be disrespectful and offend sensitivities of viewers for which I am sincerely regretful," he wrote in his response, which is in PTI's possession.

"I would like to assure you that there was no malice or any sort of ill-intent on my part to offend anyone or portray any section of the society in bad light. I made these statements in the flow of the show and had not comprehended the extent to which my statements would be found offensive," he added.

The 25-year-old, who is in Sydney for the ongoing series against Australia, vowed never to repeat the behaviour.

"Rest assured I hold the BCCI in highest regard and will exercise complete discretion and prudence to ensure that such incidents are never repeated in future," he said.

Pandya appeared on the show with teammate K L Rahul, who was a lot more restrained in his responses to questions on women and relationships. It is learnt that Pandya has unreservedly apologised to the Indian team management and his teammates here.

Although seen in high spirits in celebratory videos circulating on social media after India's 2-1 series' win over Australia, Pandya has since laid low. He wasn't part of the optional practice session at the SCG on Wednesday.

He is said to have spoken with coach Ravi Shastri and other senior members of the Indian ODI team, expressing his regret over those remarks made on "Koffee with Karan", a chat show hosted by film-maker Karan Johar.

A source, close to the player, told PTI that Pandya was "drawn into making those comments as the show producers coaxed a carefree attitude" from him and Rahul.

Mumbai Indians Hardik Pandya Cricket
Get the latest updates on India vs Australia Series, check out the India vs Australia Schedule for 2020-21 and Ind vs Aus live score . Like us on Facebook or follow us on Twitter for more sports updates. You can also download the NDTV Cricket app for Android or iOS.