The fast bowling all-rounder endured a tough time following the T20 World Cup at home and had a forgettable IPL which costed him a place in the Indian team for the tour of Zimbabwe last year. 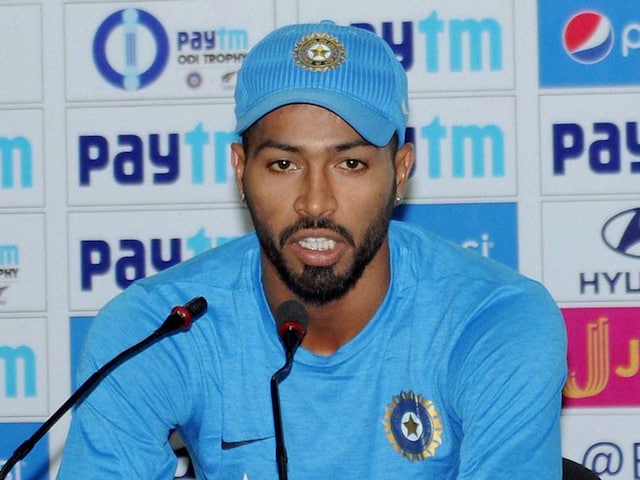 All-rounder Hardik Pandya, who displayed his skills to great effect in the recently-concluded ODI series against England, credited Rahul Dravid for his success and comeback into the Indian team. The fast bowling all-rounder endured a tough time following the T20 World Cup at home and had a forgettable IPL which costed him a place in the Indian team for the tour of Zimbabwe last year. "Rahul Dravid sir (coach) used to help me a lot, talking to me about my game and the mental side of it. Paras Mhambrey (assistant coach) was also very helpful," Pandya said on Tuesday.

"After the World T20, I had a reality check. I thought hard about the things I needed to improve on. The A Tour to Australia happened and that turned out to be an important for me. I learned a lot there about my game."

The A Tour performance helped Pandya return to the Indian team. His ODI debut in the New Zealand series was followed by a maiden call-up to the Test team for the England series.

However, a shoulder injury while training during the third Test in Mohali ruled him out for the rest of the series and he could not make his debut.

The next opportunity came in the recently-concluded ODI series against England and he staked a claim for a Champions Trophy berth with handy contributions with both bat and ball in the first and third ODIs.

Pandya would have loved to take the team past the finish line in Kolkata after completing his maiden ODI fifty, but he was out to a slog and India lost the game by five runs.

"As an individual, I feel we should accept our mistakes and learn from it. I feel I should not have played that shot but I felt that the asking rate was getting high and someone had to take the chance.

"I felt Kedar (Jadhav) was someone who should have stayed till the end and I backed myself to take the chances. In that process I got out but next time I will choose a wise shot," he said.

A few blips notwithstanding, Pandya gained a lot out the series.

"It gives you lot of confidence when you do well in an important series. It was very important that I started believing that I belong here."

He is now looking forward to bowling in the three T2O Internationals alongside veteran Ashish Nehra and carry his form into the shortest format.

"I don't think there be anything different (when it comes to bowling alongside different set of bowlers). I have played with him (Nehra) and I am very comfortable with him. Individually, it doesn't make a difference when someone else comes in or goes out.

"We will keep it pretty simple and stick to the basics. We will take the confidence (of the series win Tests and ODIs) into the series," he added.

Comments
Topics mentioned in this article
India Cricket Team England Cricket Team Hardik Himanshu Pandya Rahul Dravid Kedar Jadhav Cricket
Get the latest Cricket news, check out the India cricket schedule, Cricket live score . Like us on Facebook or follow us on Twitter for more sports updates. You can also download the NDTV Cricket app for Android or iOS.