Zimbabwe have recalled Regis Chakabva and Graeme Cremer for the series against Bangladesh starting on November 7. 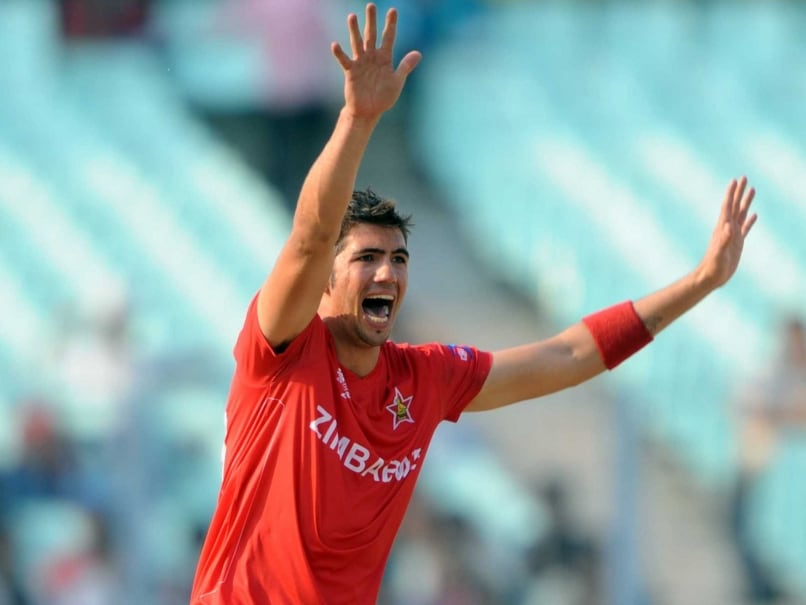 Graeme Cremer missed the Afghanistan series due to an ankle injury.© AFP
Harare:

Zimbabwe have called up leg-spinner Graeme Cremer and wicketkeeper-batsman Regis Chakabva for their limited-overs series against Bangladesh. (Al-Amin Hossain Recalled for Zimbabwe Series)

Cremer, who last played in the ODI series against Pakistan where he picked up three wickets in three ODIs, has recovered from an ankle injury while Chakabva has been in good form, scoring 104 and 101 for Zimbabwe A against Ireland in Harare recently. (Afghanistan Beat Zimbabwe for Historic Twenty20 Series)

Zimbabwe are undergoing a torrid time, having suffered an ODI and T20 series loss to Afghanistan and they will head into this tour with low confidence. They will play three ODIs and two Twenty20 Internationals in their two-week tour. Allrounder Elton Chigumbura will lead them in both the formats, according to a report on bdnews24.com. The team is set to arrive in Bangladesh on Monday and the first ODI is scheduled for November 7. (Afghan Team Get Heroes Welcome After Victory)

Zimbabwe are filing the gap left by Australia, who pulled out of their two-Test tour in October over security concerns. This series, which was originally scheduled for 2016, was decided after the Australian withdrawal. In Zimbabwe's last tour to Bangladesh, they lost the Test series 0-3 and the ODIs 0-5.

Comments
Topics mentioned in this article
Zimbabwe Cricket Team Bangladesh Cricket Team Graeme Cremer Regis Chakabva Cricket
Get the latest updates on T20 World Cup, check out the T20 World Cup Schedule and Live Score . Like us on Facebook or follow us on Twitter for more sports updates. You can also download the NDTV Cricket app for Android or iOS.