Glenn Maxwell, who was picked by the Kings XI Punjab for a whopping Rs 10.75 crore, played a whirlwind knock on his return to competitive cricket in the Big Bash League. 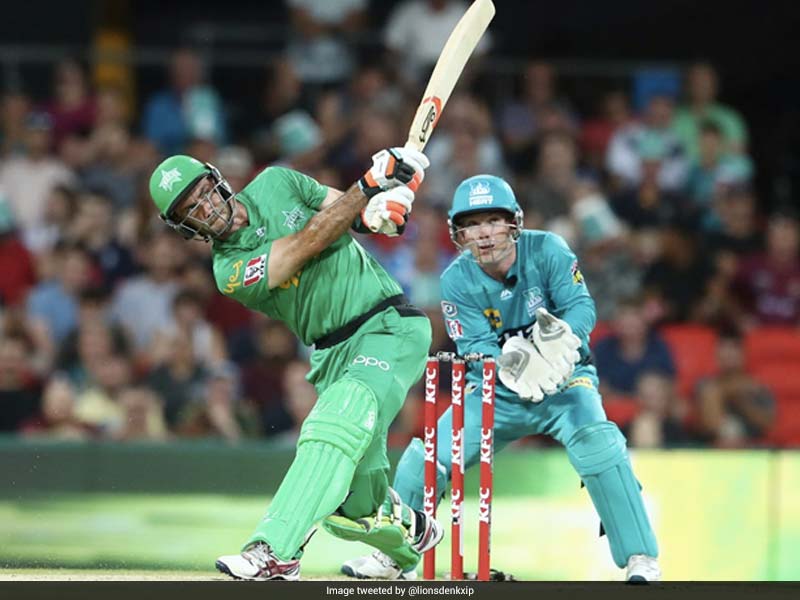 Glenn Maxwell returned to competitive cricket with a knock of 83 off just 39 deliveries.© Twitter

Glenn Maxwell was one of the most expensive buys of the Indian Premier League (IPL) 2020 auction on Thursday. Kings XI Punjab bought Glenn Maxwell for a whopping Rs 10.75 crore. Celebrating his return to the Punjab-based franchise, the Australia all-rounder slammed his 31st T20 half-century in a Big Bash League game on Friday. Captaining Melbourne Stars, Maxwell smashed 83 runs off just 39 balls to help his team post a competitive total of 167 for seven in their quota of 20 overs. The 31-year-old entertained the crowd by hitting seven boundaries and five maximums during his stay at the crease.

This was Maxwell's first outing in competitive cricket after he took a mental health break in October.

"A BIG SHOW from the 'BIG SHOW'. @Gmaxi_32 was at his lethal best as he led from the front for his side in @BBL scoring a breathtaking 83 off just 39 balls," Kings XI Punjab tweeted.

A BIG SHOW from the 'BIG SHOW'! @Gmaxi_32 was at his lethal best as he led from the front for his side in @BBL, scoring a breathtaking off just balls.

Maxwell will be returning to Punjab after a gap of three years, having represented the franchise for three seasons.

Maxwell started his IPL career with Delhi Daredevils (now Capitals) in 2012. The all-rounder was bought by Mumbai Indians in 2013.

Mumbai Indians roped in all-rounder Nathan Coulter-Nile in their squad by bidding Rs 8 crore for the 32-year-old.

Kings XI Punjab
Get the latest updates on ICC T20 Worldcup 2022 and CWG 2022 check out the Schedule, Live Score and Medals Tally. Like us on Facebook or follow us on Twitter for more sports updates. You can also download the NDTV Cricket app for Android or iOS.