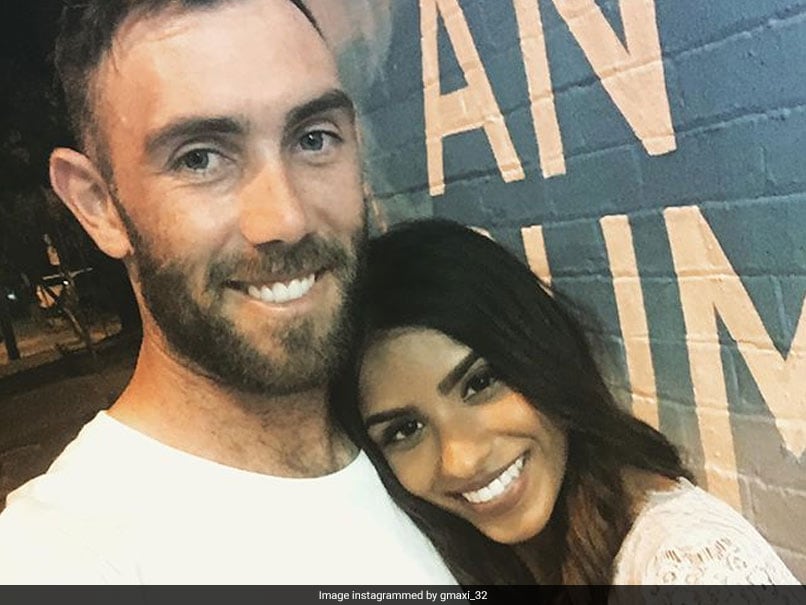 Glenn Maxwell took to social media site Instagram to wish his Indian-origin fiancee Vini Raman on her birthday on. Maxwell posted a photo of the two of them together with the caption "Happy Birthday to my stunning fiance! You're awesome. #birthdaygirl #loveyou." Raman responded to the photo with a cute yet sassy comment. "Love you... even though your choice of instagram filters is highly questionable," she wrote on the photo. Maxwell and Raman announced their engagement last week through posts on Instagram.

Happy Birthday to my stunning fiancé! You're awesome #birthdaygirl #loveyou

Maxwell had posted a picture with Raman on February 27 and captioned the post with a ring emoji.

Raman also posted a picture on her Instagram account and revealed that Glenn Maxwell had asked her to marry him last week. "Last week my favourite person asked me to marry him #YES," she captioned the post.

Maxwell had credited Vini Raman for being the first to ask him to speak to someone when he had taken a mental health break from cricket in October last year.

Maxwell was, however, left out of Australia's squad for the tour to South Africa after the all-rounder was advised to undergo arthroscopic surgery on his left elbow.