Gautam Gambhir Not Eligible To Contest For DDCA President Post

The DDCA general secretary made it clear that Gautam Gambhir will not be eligible to contest for president's post as per Lodha recommendations. 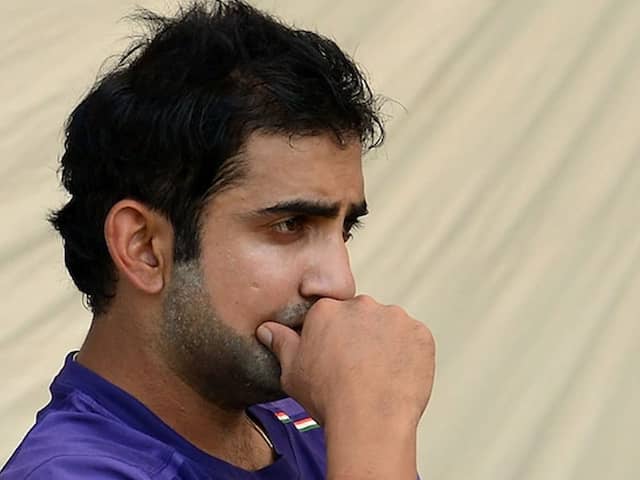 Gautam Gambhir on Sunday had asked the BCCI president to dissolve the DDCA.© AFP

The strife-torn Delhi and District Cricket Associations (DDCA) on Monday sought time till the state assembly polls in February to conduct election for the post of its president. The DDCA also made it clear that former India opener Gautam Gambhir, whose name was doing the rounds, will not be eligible to contest for president's post as per Lodha recommendations. "Ombudsman Deepak Verma will be requested to give some extension to conduct election for president's post. Election is slated for January end but a request will be put that it is held after Delhi's assembly election in February," DDCA general secretary Vinod Tihara said in New Delhi.

Talking about Gambhir's candidature for the post left vacant by Rajat Sharma's resignation, Tihara said: "He is welcome to serve Delhi cricket but he can be president only when he leaves MP's post."

Former president Sharma had relinquished his position last month, paving the way for DDCA to go for fresh elections to appoint a new chief.

In a drama-filled AGM also marred by exchange of blows, Justice (Retd) Deepak Verma was appointed as DDCA's new Ombudsman.

On the sidelines of the AGM, ruling group's joint secretary Rajan Manchanda was slapped by opposition's Maqsood Alam.

Tihara promised prompt action, saying that officials of the state body, who were involved in the fracas during its AGM, will be brought to book within a week.

"Within a week appropriate action will be taken against all miscreants involved in DDCA AGM fracas," Tihara said.