Former West Indies star Marlon Samuels, part of the 2012 and 2016 T20 World Cup-winning teams, has been charged by ICC of four corruption offences. 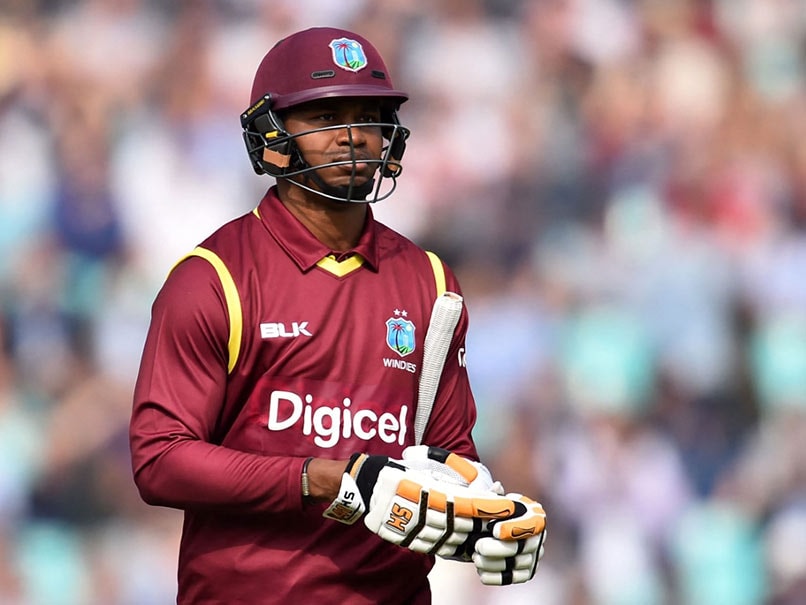 ICC has given Marlon Samuels 14 days to respond to the charges.© AFP

Former West Indies cricketer Marlon Samuels, part of the 2012 and the 2016 T20 World Cup-winning teams, has been charged by the International Cricket Council (ICC) of four corruption offences, the global cricket governing body said in a press release on Wednesday. The charges relate to alleged breaches during the T10 League in the United Arab Emirates. "The International Cricket Council (ICC), on behalf of the Emirates Cricket Board (ECB), has charged former West Indies player Marlon Samuels with breaching four counts of the ECB Anti-Corruption Code for Participants of the T10 League (the 'Code')," ICC stated in the release.

The four articles of the anti-corruption code under which Samuels has been charged are:

Article 2.4.2 - Failing to disclose to the Designated Anti-Corruption Official, the receipt of any gift, payment, hospitality or other benefit that was made or given in circumstances that could bring the Participant or the sport of cricket into disrepute.

Article 2.4.3 - Failing to disclose to the Designated Anti-Corruption Official receipt of hospitality with a value of US $750 or more.

Article 2.4.6 - Failing to cooperate with the Designated Anti-Corruption Official's investigation.

Article 2.4.7 - Obstructing or delaying the Designated Anti-Corruption Official's investigation by concealing information that may have been relevant to the investigation.

"Mr Samuels has 14 days from 21 September to respond to the charges. The ICC will not make any further comment in respect of these charges at this stage," ICC added.

"While CWI has yet to receive detailed information relating to this ICC investigation, CWI remains firm in denouncing any such activities within the sport, and fully supports the ICC Anti-Corruption Unit in their efforts to rid the sport of all corruption," CWI stated.

Marlon Samuels
Get the latest updates on Fifa Worldcup 2022 and check out  Fifa World Cup Schedule, Stats and Live Cricket Score. Like us on Facebook or follow us on Twitter for more sports updates. You can also download the NDTV Cricket app for Android or iOS.