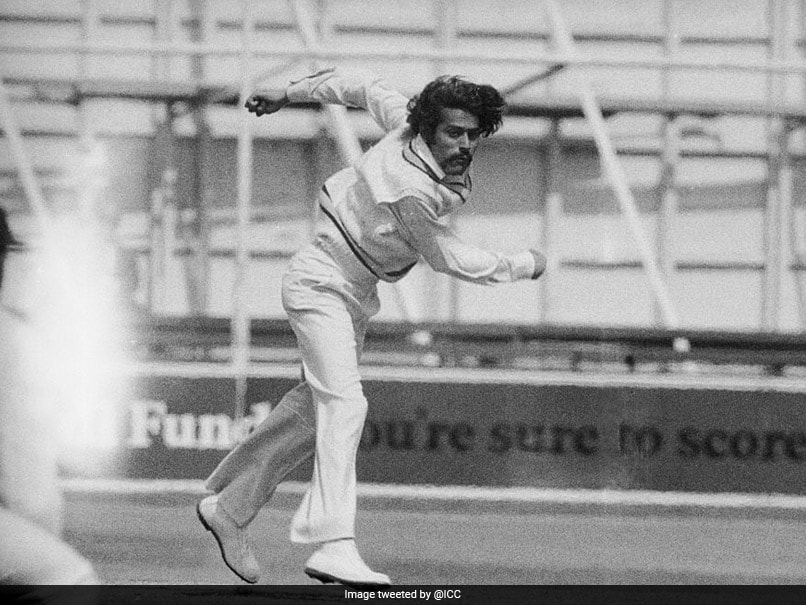 Former India cricketer BS Chandrasekhar was admitted to a hospital in Bengaluru.© ICC/Twitter

Former Indian cricketer BS Chandrasekhar has been admitted to the intensive care unit (ICU) of a private hospital in Bengaluru after suffering a stroke, a Karnataka State Cricket association official said. Chandrasekhar, 75, had suddenly complained of fatigue and slurring in speech after which he was taken to the hospital on January 15. The former spinner's condition is stable and he will be discharged within two days. "Former cricketer BS Chandrasekhar admitted to a private hospital in Bengaluru. He is in ICU and is stable," Karnataka State Cricket Association spokesperson Vinay Mruthyunjaya said.

"BS Chandrasekhar is admitted to a hospital in Bengaluru. He was fine and was watching match when he suddenly complained of fatigue and slurring in speech. So we took him to the hospital. He is fine and will be back home in two days," Sandhya Chandrasekhar, his wife told ANI.

The legendary legspinner picked 242 wickets in the 58 Test matches at an average of 29.74. He picked 16 five-wicket hauls during his 15-year-old long career. The leg spinner had made his debut for India in January 1961 and played his last Test in 1979.

India Cricket Team Bhagwat Subramanya Chandrasekhar Cricket
Get the latest updates on SA vs IND 2021-22, check out the Schedule and Live Score . Like us on Facebook or follow us on Twitter for more sports updates. You can also download the NDTV Cricket app for Android or iOS.