Syed Mushtaq Ali Trophy: Siddarth Kaul took a hat-trick as Punjab thrashed Karnataka by nine wickets in a Group A clash at Alur. 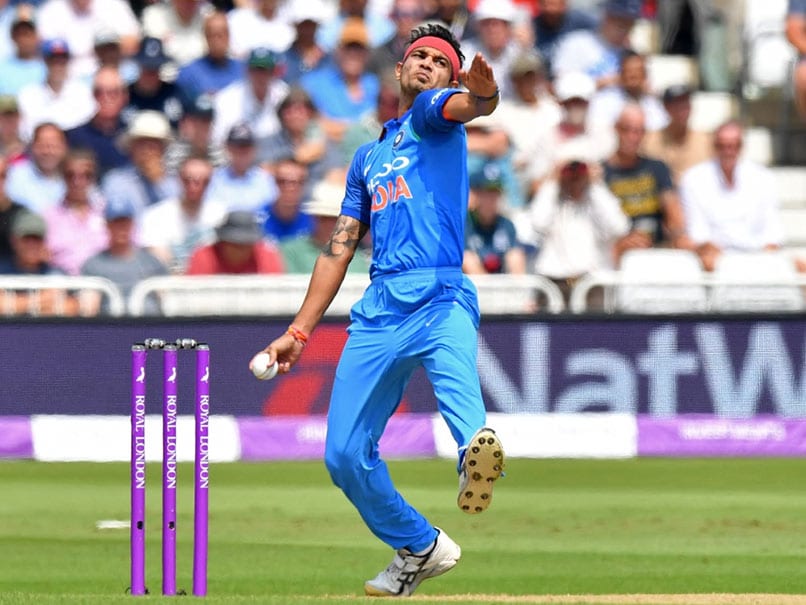 Siddarth Kaul made his international debut on India's tour to England and Ireland in 2018.© AFP

Siddarth Kaul cliched an outstanding hat-trick as he helped Punjab thrash Karnataka by nine wickets in the ongoing Syed Mushtaq Ali Trophy at the Alur Cricket Stadium on Tuesday. Apart from Kaul, it was Prabhsimran Singh's knock of 89 not out that powered Punjab to a massive win. After being asked to bat first, Karnataka batsmen struggled to build partnerships as the Punjab bowlers came out all guns blazing and picked wickets at regular intervals. Openers Devdutt Padikkal (19) and Karun Nair (13) were sent back to the pavilion cheaply by Arshdeep Singh and Kaul respectively.

Rohan Kadam was the highest run-getter for the team as he scored 32. However, the highlighting part of the innings was the 17th over in which Kaul claimed a brilliant hat-trick to derail Karantaka's innings.

Kaul removed Kadam in the third delivery of the over, followed by the wickets of Aniruddha and Abhimanyu Mithun which left Karnataka reeling at 104/7.

Kaul scalped four wickets in the match while conceding 26 runs. Karnataka managed to score just 125 runs in their allotted 20 overs.

Chasing the modest target, Punjab got off to a stunning start with Prabhsimran Singh and Abhishek Sharma laying the foundation for the chase.

Punjab were on 93 when Krishnappa Gowtham handed Karnataka their first breakthrough, sending Abhishek back to the dugout.

Gurkeerat Mann then came out to bat and he, along with Prabhsimran, took the team over the line in the 15th over.

Mandeep Singh Cricket
Get the latest updates on Fifa Worldcup 2022 and check out  Fifa World Cup Schedule, Stats and Live Cricket Score. Like us on Facebook or follow us on Twitter for more sports updates. You can also download the NDTV Cricket app for Android or iOS.