India vs Australia Test Highlights: Rain stopped play on Day 4 of the fourth and final Test match between Australia and India, at The Gabba in Brisbane. The visitors will be hoping to put in a top display on Day 5 and retain the Border-Gavaskar Trophy. 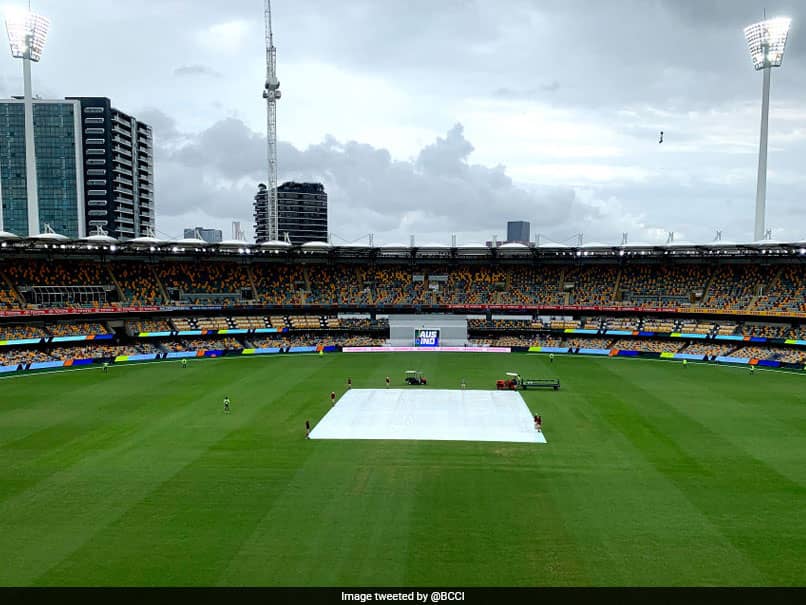 Rain played spoilsport on Day 4 for the second time, leaving the fourth and final Test match between Australia and India to be decided by what happens on the final day at the Gabba in Brisbane. Rain forced early Stumps with India on 4/0 in 1.5 overs, needing need 324 more runs to win. Openers Rohit Sharma (4 not out) and Shubman Gill (0 not out) were the two unbeaten batsmen. Earlier on Day 4, the home side posted 294 runs in their second innings, setting a target of 328 runs for India. Steve Smith scored a stylish half-century for Australia. He slammed 55 off 74 balls, before losing his wicket to Mohammed Siraj. For India, Siraj was on fire, registering his maiden five-wicket haul. Meanwhile, Shardul Thakur took four wickets. The Aussie bowling department will be aiming to put in a top display on Day 5, and add pressure on the Indian batsmen. For India, a draw is enough for them to retain the Border-Gavaskar Trophy, with the series tied at 1-1, but they will be looking to secure back-to-back series wins Down Under. (SCORECARD)

India Cricket Team Live Score Live Cricket Score Live Blogs Cricket
Get the latest updates on India vs England Series, India vs England , live score and IPL 2021 Auction . Like us on Facebook or follow us on Twitter for more sports updates. You can also download the NDTV Cricket app for Android or iOS.