Rajiv Shukla was appointed the vice president of the BCCI, replacing Mahim Verma. 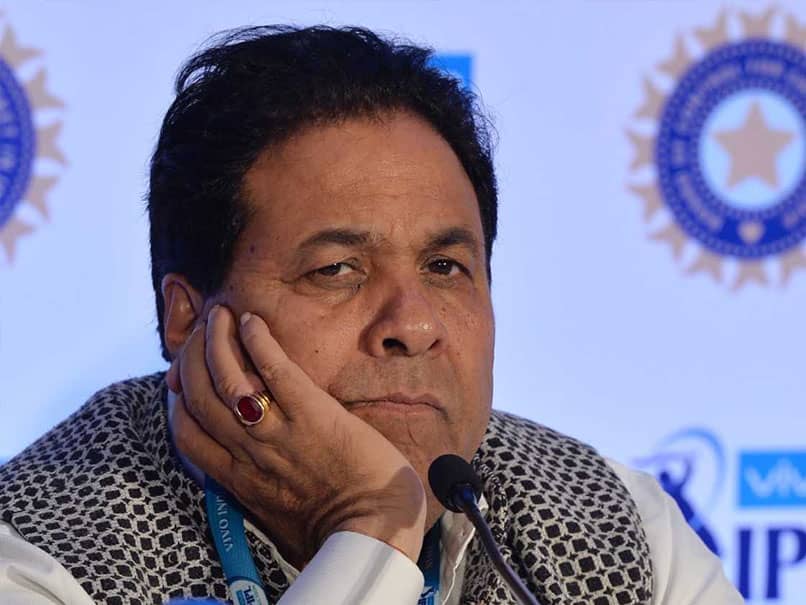 Rajiv Shukla has earlier served as the chairman of the IPL.© AFP

Rajeev Shukla, the newly-elected vice president of the Board of Control for Cricket in India (BCCI), on Thursday said that he will always work keeping the best interest of cricket in his mind. The BCCI held it's 89th Annual General Meeting (AGM) on Thursday and few major decisions were taken in the meeting. One of the decisions was the inclusion of two new teams for the 2022 Indian Premier League (IPL). "It's a great day for Indian cricket, we have taken many decisions in today's AGM by which cricket of our country will certainly be growing. This year COVID-19 impacted one and all but we managed to hold IPL this year and my focus as the vice-president will always be to improve Indian cricket," Shukla told ANI.

"Next year, we will also hold T20 World Cup so we will work hard on each and every aspect of cricket," he added.

Before Shukla's appointment as the vice-president, Mahim Verma held the post. Shukla has also served as the IPL chairman in the past.

During the BCCI AGM, the members also deliberated on all-important tax issues that the board needs to sort with an eye on the two ICC events - the 2021 T20 World Cup and the 2023 50-over World Cup.

Speaking to ANI, a board member who attended the meeting said that the secretary and treasurer will speak to the government and look at a way to get tax exemption for the two showpiece events that India is to hold.

Asked about the inclusion of cricket in the Olympics -- Los Angeles Olympic Games in 2028 -- the member said that while the BCCI is open to the idea, they will take a call on the same only after discussing further with the Indian Olympic Association on how the revenue will be shared and other commercial factors.

"Primarily it sounds a very good idea and the board is open to further discussions before a call is taken on the same. Will have to sit down with the IOA and take it forward from there as there are certain modalities that need to be discussed," the member said.

With regards to the domestic players, the board has decided that they must be remunerated for the season which has been heavily affected due to the coronavirus pandemic. "Yes, domestic players will be compensated and the remuneration package will be worked out looking at who gets what. But there is no doubt that players will not suffer due to the effect the pandemic has had and that is confirmed," the member pointed.

Asked about the recent cases of conflict of interest that have come to the fore, the member said that a call has been made to form a marketing committee that will look into these issues to avoid any conflict.

"It was discussed that with an eye on the conflict of interest clause, a marketing committee will be formed to look into every deal that is signed so that there is no chance of any conflict," the member pointed.