West Indies captain Jason Holder reached a fifth half-century as the home side reached 278 for nine in their first innings on a rain-ruined second day. 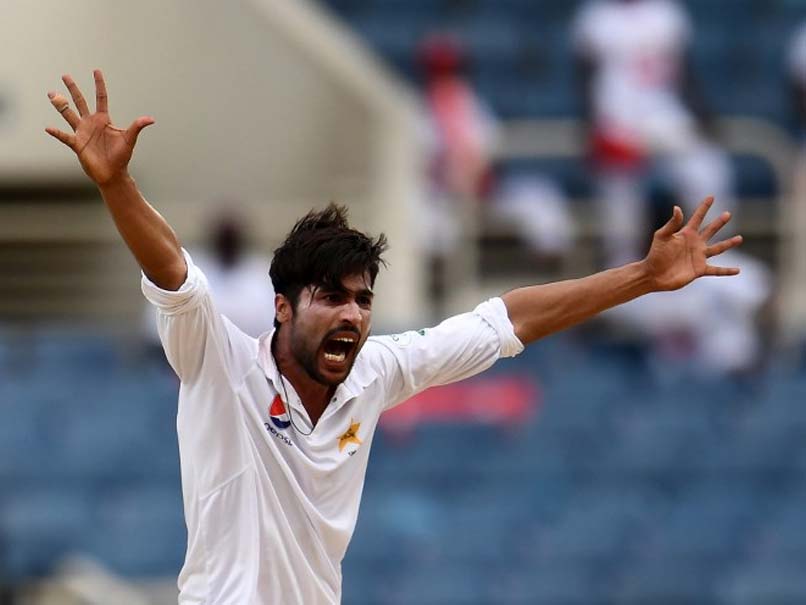 Mohammad Amir completed a five-wicket innings haul and West Indies captain Jason Holder reached a fifth half-century as the home side reached 278 for nine in their first inningson a rain-ruined second day of the first Test against Pakistan at Sabina Park on Saturday. Only 11.3 overs were bowled in the entire day as inadequate covering from heavy overnight and early morning rain left damp patches on the pitch and a sodden area of the outfield, delaying the start of play by four hours. By the time the showers returned in late afternoon with even greater ferocity, just 55 minutes play was possible during which Amir and Holder shone through the gathering gloom.

After the home skipper and Devendra Bishoo extended their eighth-wicket partnership to 75 against the second new ball, Amir had Bishoo caught at the wicket for 28.

He then bowled Alzarri Joseph without scoring to achieve his first five-wicket haul since returning to international cricket last year following a five-year ban for spot-fixing.

Most impressive in the left-arm fast bowler's effort was his accuracy as reflected in figures of five for 41 off 24.3 overs before the showers swept across the ground and drove the players off the field for the last time for the day.

Holder's defiance was also admirable, the captain reaching the half-century mark by hoisting debutant Mohammed Abbas for a straight six.

He resumes alongside last man Shannon Gabriel on the third day, weather permitting, on 55 off 69 balls with two sixes and seven fours embellishing his defiant innings.

Comments
Topics mentioned in this article
Pakistan Cricket Team West Indies Cricket Team Mohammad Amir Devendra Bishoo Jason Holder Sabina Park, Kingston, Jamaica Cricket
Get the latest updates on IPL Auction 2023 and check out  IPL 2023 and Live Cricket Score. Like us on Facebook or follow us on Twitter for more sports updates. You can also download the NDTV Cricket app for Android or iOS.