Hashim Amla slammed 124 to help South Africa score 304/7 in the opening ODI match against New Zealand who managed to score just 284 in reply. 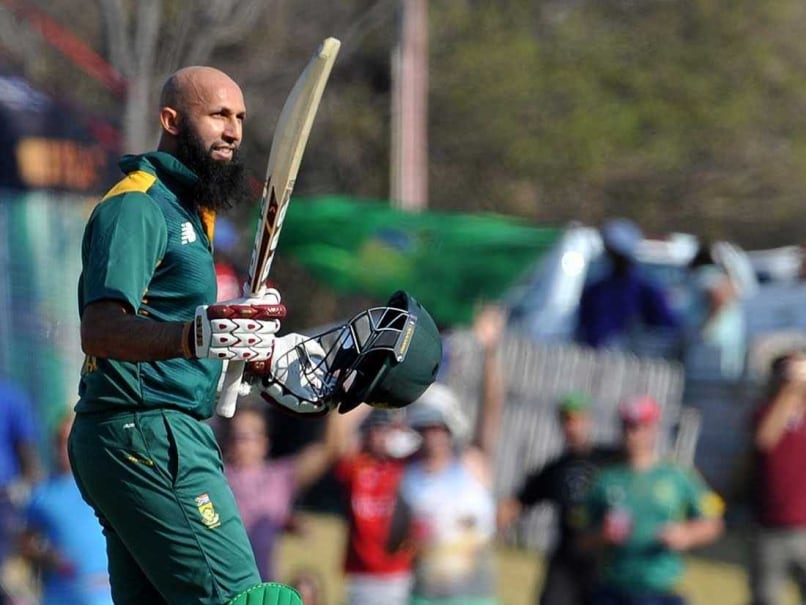 Hashim Amla returned to form with a century which set up a 20-run for South Africa in the first one-day international against New Zealand at SuperSport Park on Wednesday.(Scorecard)

Amla (124) and Rilee Rossouw (89) shared a second wicket partnership of 185 as South Africa scored 304 for seven after being sent in to bat.

New Zealand several times threatened to get close before they were bowled out for 284 with 11 balls remaining.

Tom Latham (60) and captain Kane Williamson put on 104 for New Zealand's second wicket after Luke Ronchi had been caught at first slip off Dale Steyn in the first over.

An injured Martin Guptill made an aggressive 25 after Williamson was dismissed for 47 but New Zealand then lost three wickets in the space of 12 balls.

Guptill injured his left wrist while fielding and did not open the batting as usual. He came in at number four after having an injection.

The tourists looked out of the game at 158 for five but left-handers Jimmy Neesham and Colin Munro put on 71 off 65 balls to keep their side up with the required run rate before both were dismissed in quick succession.

"I was pleased with the way the boys stuck at it considering the way Hashim and Rilee Rossouw batted," said Williamson. "But when you lose three wickets in a short time it doesn't help."

"We should have won by a bigger margin. We need to get that energy going. Perhaps a good fielding session is needed before the next game."

Amla had gone ten international innings without a fifty since making 159 against Ireland in a World Cup match in Canberra on March 3. In seven of those innings he failed to reach 20.

But much of Amla's customary fluency returned as he posted a half-century off 54 balls and his 21st one-day international hundred off 109 deliveries.

He was bowled by Adam Milne for 124 off 126 balls, with 13 fours and three sixes. He was dropped on 74 when a diving Latham at cover could not hold a fierce drive off part-time bowler Munro.

The left-handed Rossouw struggled to find his timing on a slow pitch, scoring only two runs off the first 17 balls he faced.

He laboured to his fifty off 81 balls but picked up his scoring rate to finish with 89 off 112 balls. Rossouw also benefitted from a missed chance, dropped by Milne on the midwicket boundary off Grant Elliott when he had 32.

It was the first meeting between the two teams since a dramatic World Cup semi-final, which New Zealand won by four wickets with one ball to spare in Auckland in March.

But only four of the New Zealand team and seven of the South Africans from the Auckland encounter lined up for Wednesday's game.

Injuries, retirement and players being given time off accounted for most of the changes.

Comments
Topics mentioned in this article
South Africa Cricket Team New Zealand Cricket Team David Wiese Dale Steyn Kane Williamson Cricket Hashim Amla
Get the latest updates on IPL 2021, check out the IPL 2021 Schedule and Indian Premier League Live Score . Like us on Facebook or follow us on Twitter for more sports updates. You can also download the NDTV Cricket app for Android or iOS.