Rahul Tripathi showed sensational fitness and poise to pull back the cricket ball after it looked like it had gone for a maximum. 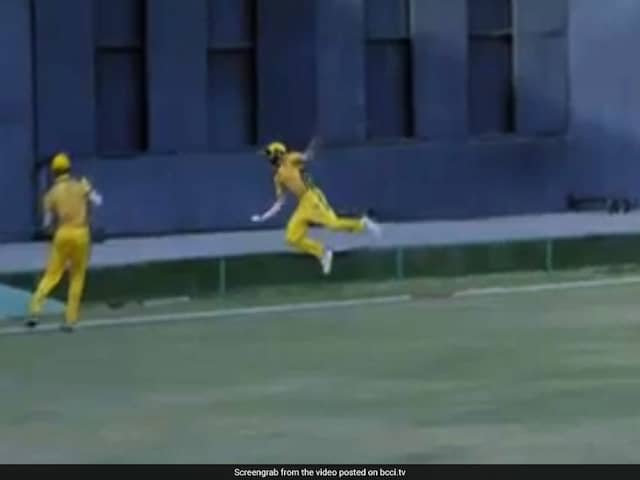 Maharashtra fielder Rahul Tripathi pulled off a remarkable one-handed pull-back in a recent Syed Mushtaq Ali T20 match as he scripted one of the best catches in domestic cricket in recent times. A Super League Group A match between Maharashtra and Railways in Indore on Tuesday saw Rahul Tripathi leap in the air and pull back the ball and back-hand it in one action to team-mate Divyang Himganekar, who made no mistake. Rahul Tripathi displayed his acrobatic skills on the final ball of the innings with Railways needing 22 runs in a chase of 178.

Railways' batsman Manjeet Singh lofted the ball over the bowler's head. However, Tripathi turned agile at long-off and plucked the ball mid-air and swung his right hand behind his back to relay the catch back into the playing area. Himganekar completed the noteworthy effort to leave the spectators stunned.

Tripathi plays for Rajasthan Royals in the Indian Premier League (IPL). The 2019 season of the IPL is set to begin on March 23.

Rajasthan Royals, winners of the IPL inaugural edition in 2008, will start their campaign in 2019 facing Kings XI Punjab at the Sawai Mansingh Stadium, Jaipur, on March 25.