England Women vs India Women: India players were fined 20 per cent of their match fee for slow over rate during the second T20I against England. 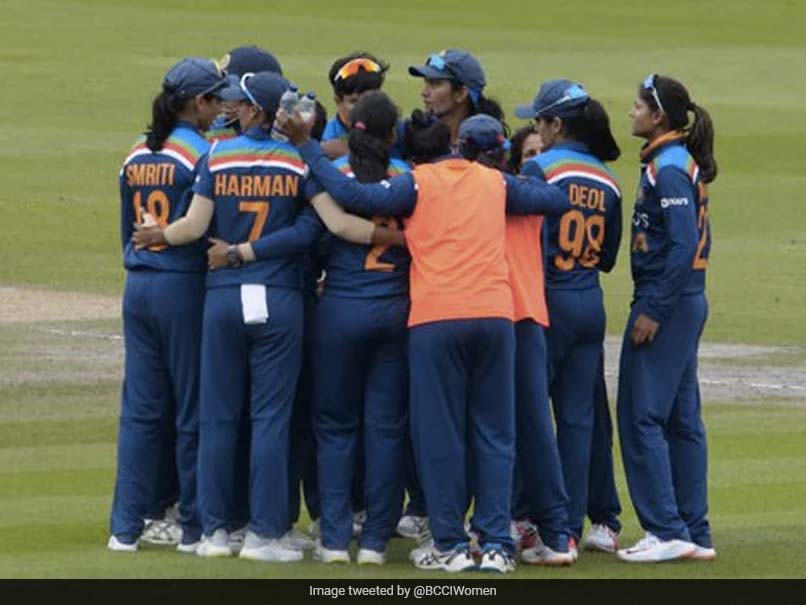 India players were fined 20 per cent of their match fee for slow over rate in the 2nd England T20I.© BCCI Women/Twitter

Harmanpreet Kaur-led India on Monday were fined 20 per cent of their match fee for maintaining a slow over-rate against England in the second women's T20I in Hove. Phil Whitticase of the ICC International Panel of Match Referees imposed the sanction after Kaur's side was ruled to be one over short of the target after time allowances were taken into consideration. In accordance with Article 2.22 of the ICC Code of Conduct for Players and Player Support Personnel, which relates to minimum over-rate offences, players are fined 20 per cent of their match fees for every over their side fails to bowl in the allotted time.

"Kaur pleaded guilty to the offence and accepted the proposed sanction, so there was no need for a formal hearing," stated an official ICC release.

Deepti Sharma, the Player of the Match in the second T20I against England on Sunday, sparked a collapse which helped India stage a comeback in the series.

India and England will next play in the third and final T20I on Wednesday.

England Women Cricket
Get the latest updates on IPL 2021, check out the IPL 2021 Schedule and Indian Premier League Live Score . Like us on Facebook or follow us on Twitter for more sports updates. You can also download the NDTV Cricket app for Android or iOS.