England Women vs India Women: India kept the series alive with a win in the 2nd T20I vs England, at the County Cricket Ground in Hove on Sunday. 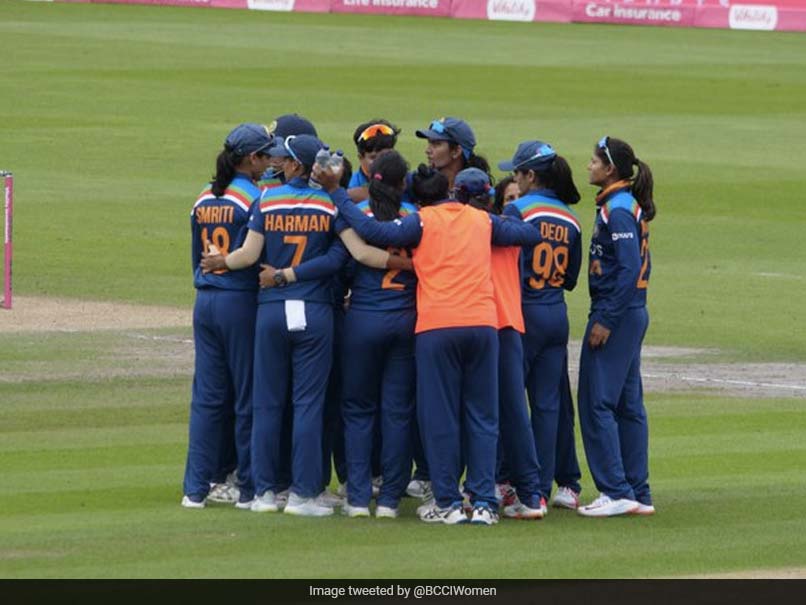 A late comeback by the spinners comprising Poonam Yadav and Sneh Rana helped India defeat England by eight runs in the second T20I of the three-match series at the County Ground, Hove on Sunday. With this win, India have kept themselves in the series and if the visitors win the final match, then the scoreline will be levelled. Currently, England lead the series 8-6 and the decider will be played on Wednesday. Chasing 149, England got off to a bad start as opener Danni Wyatt (3) perished in just the second over bowled by Arundhati Reddy. Soon after, Natalie Sciver (1) was run-out in the third over and England were reduced to 31/2.

However, Tammy Beaumont continued with her carnage and as a result, England's score read 52/2 by the end of the Powerplay overs.

Skipper Heather Knight and Beaumont kept the scoreboard ticking and the hosts needed 69 runs off the final ten overs for the win.

Knight and Beaumont put on 75 runs for the third wicket, but this partnership finally came to an end in the 14th over as Beaumont (59) was sent back to the pavilion by Deepti Sharma.

Soon after, Knight (30) was dismissed and England were reduced to 106/4, still needing 43 runs for the win.

England kept on losing wickets at regular intervals and as a result, the hosts needed to score 24 runs from the final three overs.

In the final two overs, Poonam and Sneh Rana held their nerve and as a result, India registered an eight-run win.

Earlier, Shafali Verma and Harmanpreet Kaur played knocks of 48 and 31 respectively as India posted 148/4 in the allotted 20 overs.

Sent into bat, India got off to a flying start as openers Shafali Verma and Smriti Mandhana put on 49 runs in the first six overs.

Mandhana (20) departed in the 9th over as she was sent back to the pavilion by Freya Davies and this brought skipper Harmanpreet Kaur to the middle.

In the very next over, Shafali (48) went for a big shot, but she only managed to hand a catch to Nat Sciver and India was reduced to 72/2 in the 10th over.

Harmanpreet, who was out of form for the past few series, showed some spark in the middle and she brought out her vintage big shots to keep the run-flow going for India.

However, Harmanpreet (31) perished in the 16th over off the bowling of Sarah Glenn and India was reduced to 112/3.

In the end, England bowlers managed to maintain a stranglehold over the India batters and as a result, the visitors were reduced to under the 150-run mark.

For India, Deepti Sharma and Sneh Rana remained unbeaten on 24 and 8 respectively.

India Women England Women vs India Women, 2nd T20I Cricket
Get the latest updates on SA vs IND 2021-22, check out the Schedule and Live Score . Like us on Facebook or follow us on Twitter for more sports updates. You can also download the NDTV Cricket app for Android or iOS.