The players will return across six venues, initially training on their own before progressing to small group training. 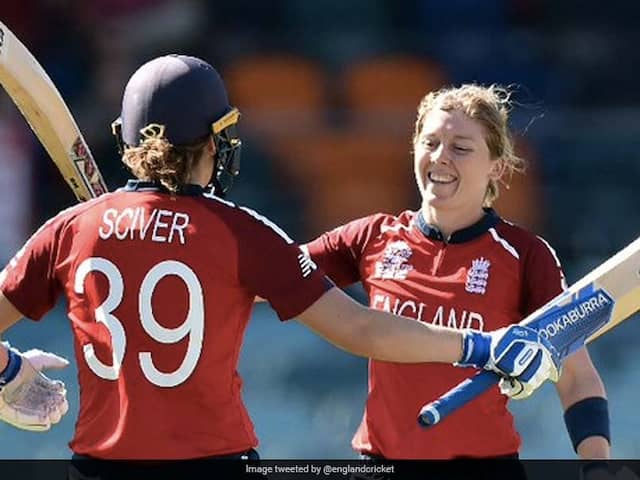 Hopeful of a women's tri-series involving India and South Africa going ahead later this year, the England and Wales Cricket Board (ECB) has announced that 24 of its players will return to individual training from June 22. The India women's team was supposed to travel to England for a bilateral series comprising three ODIs and three T20Is but the tour remains postponed for the time being. The ECB has been trying to convince both the BCCI and Cricket South Africa to agree to play a tri-series later this year but nothing has been finalised as yet.

"The players will return across six venues, initially training on their own before progressing to small group training. Squads for specific formats will be named in due course, subject to confirmation of the proposed series," the ECB said in a statement.

The training sessions will take place under the same medical guidelines and bio-secure conditions the have been in place for England men's team.

"We remain hopeful of playing cricket this summer and it's exciting for this group of players to be able to return to training," Jonathan Finch, Director, England Women's Cricket, said.

"We've had great support from the First-Class counties with the use of their venues, and we're grateful to them for that, and hopefully this is one step closer towards England Women returning to the field this summer."