England had threatened a huge total while the 21-year-old Tom Banton was compiling his maiden T20I fifty but his exit sparked a collapse. Rain fell with England 131-6 off 16.1 overs. 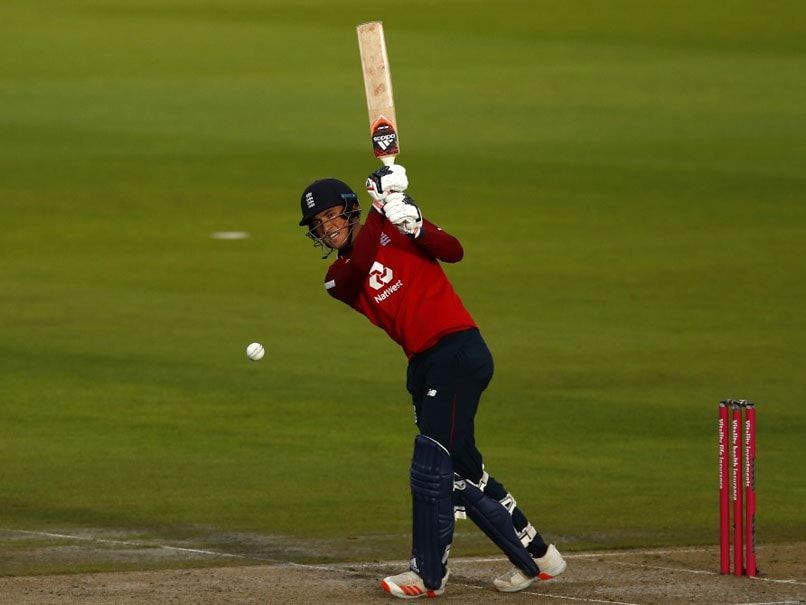 Tom Banton made a fine 71 before Pakistan fought back only for rain to reduce the match to a no-result.© AFP

England rising star Tom Banton made a fine 71 before Pakistan fought back in the first Twenty20 international at Old Trafford on Friday only for rain to reduce the match to a no-result washout. England had threatened a huge total while the 21-year-old Banton was compiling his maiden fifty in four T20s at this level. But his exit left England 109-3 and sparked a collapse that saw the 50-over world champions lose four wickets for 14 runs -- all to spin -- in 19 balls. Rain fell with England 131-6 off 16.1 overs.

The umpires held a lengthy inspection but decided shortly after 9:00 pm (2000 GMT) that the outfield was too wet to get the game back on.

But Banton, opening after Jason Roy was ruled out with a side injury, at least had a night to remember after being dropped on five when Iftikhar Ahmed floored a routine slip catch off unfortuante paceman Shaheen Afridi.

"It was good fun," Banton told Sky Sports. "I struggled to begin with, they bowled quite nicely and then I just backed myself when the spinners came on. There was a small boundary on one side."

He went on to complete a 33-ball fifty featuring three fours and three sixes before scooping paceman Haris Rauf for an audacious six over fine leg only to slice Imad to extra-cover.

England captain Eoin Morgan was then lbw to Iftikhar Ahmed before Moeen Ali was well caught by Mohammad Rizwan off Shadab.

Wicketkeeper Rizwan, who impressed during Pakistan's recent 1-0 Test series defeat by England, then stumped Lewis Gregory off Imad, who took 2-31 from his maximum four overs.

The second fixture in this three-match series takes place at Old Trafford on Sunday.

Eoin Morgan England vs Pakistan, 1st T20I Cricket
Get the latest updates on ICC T20 Worldcup 2022, check out the Schedule and Live Score. Like us on Facebook or follow us on Twitter for more sports updates. You can also download the NDTV Cricket app for Android or iOS.