Dan Lawrence will not be part of England's squad for the second Test against Pakistan. 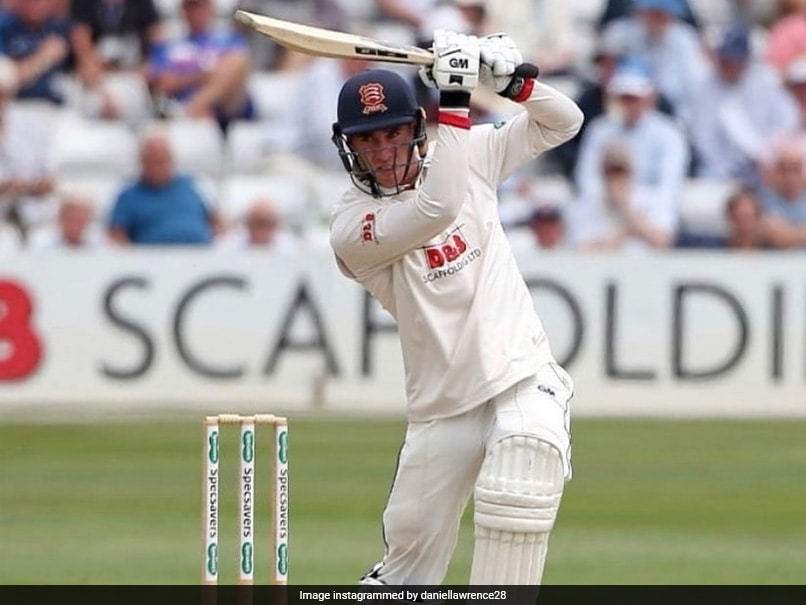 Dan Lawrence had a chance of replacing Ben Stokes in the second Test against Pakistan.© Instagram

Uncapped batsman Dan Lawrence will no longer be a member of the England squad for this week's second Test against Pakistan at Southampton following a family bereavement, team management announced Monday. The 23-year-old Essex rising star has been in the squad's bio-secure bubble during the past four matches. Lawrence had a slim chance of replacing Ben Stokes, who is heading to New Zealand for personal reasons of his own. But Lawrence's withdrawal paves the way for Kent batsman Zak Crawley to return after two matches out of the Test side.

England have said they will not call up any replacements for either Lawrence or Stokes.

Star all-rounder Stokes, who played in England's three-wicket win in last week's first Test against Pakistan at Old Trafford, will miss the final two fixtures of a three-match series.

His parents live in New Zealand, where Stokes was born before being brought up in England.

Stokes's father Ged, a former New Zealand rugby league international, underwent three operations and spent 37 days in a Johannesburg hospital after being admitted in December while following his son during England's tour of South Africa.

His condition was initially described as "critical" before it stabilised and he has since returned to New Zealand.

England paceman James Anderson, speaking about Stokes' absence and before Lawrence's departure from the squad was announced, said earlier Monday: "It's a big blow for us because he (Stokes) is a big part of our team on the field and off it.

"Obviously family comes first and we all rally around him and support him as best we can.

"We've got two games left to play and we're confident with the guys we've got here, there's a lot of quality and whoever comes in we're sure will be fantastic."