England took on West Indies at Antigua and on first day of the first test lost both openers early. Jonathan Trott was out without scoring and captain Alastair Cook failed to fire, scoring just 11 runs off 28 balls. 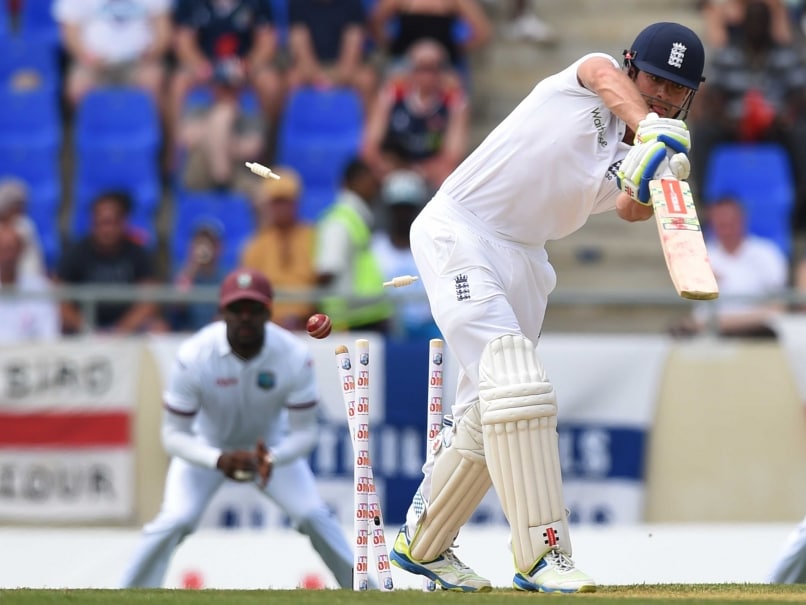 Former England batsmen Michael Vaughan and Geoff Boycott criticised openers Jonathan Trott and Alastair Cook after the West Indies got them both out early in the first cricket Test here.

Trott was out without scoring in the first over and captain Cook failed to fire, scoring just 11 runs off 28 balls on Monday. (Bell's Century Puts England in Commanding Position)

With England floundering at 34 for three in the second hour of play on the opening day of the first Test, Ian Bell came to the rescue with a classy 143 that helped the visitors reach 341 for five at stumps on Day One.

"Their footwork and their mindset has been about looking to survive rather than getting on top." Vaughan was quoted as saying by dailymail.co.uk on Monday.

England's batting great Boycott was also critical of the pair, saying: "Opening batsmen are supposed to face the new ball when it's doing a little bit. If you can't play that, you're in the wrong job."

Comments
Topics mentioned in this article
England Cricket Team West Indies Cricket Team Jonathan Trott Alastair Cook Michael Vaughan Cricket
Get the latest updates on T20 World Cup, check out the T20 World Cup Schedule and Live Score . Like us on Facebook or follow us on Twitter for more sports updates. You can also download the NDTV Cricket app for Android or iOS.