Rory Burns suffered the injury playing football -- part of the squad's warm-up routine -- last Thursday on the eve of the second Test against South Africa in Cape Town. 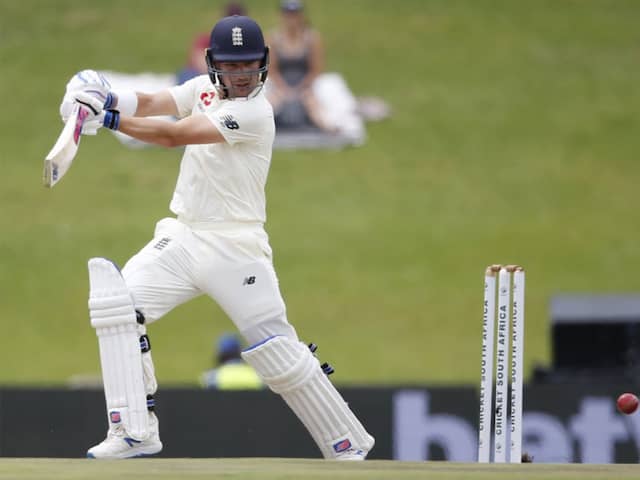 Rory Burns top-scored for England with 84 in the first Test defeat to South Africa.© AFP

England opening batsman Rory Burns will miss the tour of Sri Lanka in March after undergoing successful surgery on ruptured ligaments in his left ankle, the England and Wales Cricket Board (ECB) announced on Tuesday. The 29-year-old suffered the injury playing football -- part of the squad's warm-up routine -- last Thursday on the eve of the  second Test against South Africa in Cape Town. There was a lot of criticism of England's practice of playing football following the injury to Burns and it has now been banned by head coach Chris Silverwood with the support of Ashley Giles, England's director of men's cricket.

Burns' injury was the second relatively serious injury to an England cricketer playing football prior to a game in just over a year.

Jonny Bairstow was injured and missed several matches during a tour of Sri Lanka in October 2018.

"The Surrey captain is expected to be out of action for up to four months.

"He will miss England's Test tour of Sri Lanka in March and is aiming to return to play with Surrey in the County Championship at the beginning of the 2020 season in April."

Burns, who top-scored for England with 84 in the first-Test defeat by South Africa, averages 33.75 in 15 Tests.

Keaton Jennings is the leading contender to replace Burns for the two-Test series against Sri Lanka starting on March 19.

England Cricket Team Rory Burns Cricket
Get the latest Cricket news, check out the India cricket schedule, Cricket live score . Like us on Facebook or follow us on Twitter for more sports updates. You can also download the NDTV Cricket app for Android or iOS.