It's appraisal time in most companies across the world and employees are getting raises. The BCCI being good employers have given their employees aka Indian cricketers a pay raise of 100 percent. Safe to say, it's early Diwali for the Men in Blue. 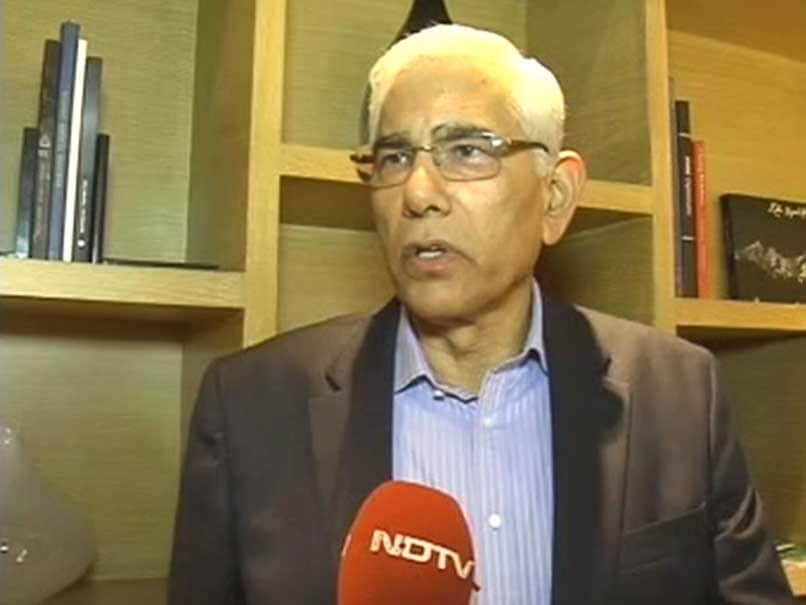 Vinod Rai is the chairman of the Committee of Administrators© NDTV

A bumper 100 percent hike is a dream for most employees but is now a reality for Indian cricketers who will go into the final Test vs Australia in Dharamsala knowing that the BCCI has just been very kind to them. But was the BCCI kind or did they just give in to the demands of Indian cricketers? Sources told NDTV that the Indian cricketers were not happy with their pay structure. Some of them who play IPL make a killing while the others are not happy with the kind of money they were getting from the world's richest cricket board. A prime example of that is Cheteshwar Pujara, a senior in the Test squad who didn't find any takers in the cash rich Indian Premier League.

Chairman of the Committee of Administrators (CoA) Vinod Rai calls this one of the reasons.

"There are a large number of issues which come into play when we revise them (contracts). It may not be disparity alone but we have to bring about a certain element of consistency between all the parties which are being employed by the BCCI," Rai told NDTV.

According to the new contracts, Grade A players will get Rs.2 crore per season, which is a 100 percent hike. Grade A contracted cricketers are skipper Virat Kohli, MS Dhoni, Ravichandran Ashwin, Ravindra Jadeja, Ajinkya Rahane and Murali Vijay.

Interestingly, Saurashtra cricketer Ravindra Jadeja after climbing to the top of the ICC Test rankings for bowlers has been duly rewarded with a Grade A contract. He was earlier in the second tier and will now earn as much as Kohli and Dhoni.

Apart from contracts, the match fees for the cricketers has also been doubled. Test players will now get Rs.15 lakh instead of the old amount of Rs.7 lakh. Playing a One-Day International will get a cricketer Rs.6 lakh and match fee for a Twenty20 International will be Rs.3 lakh.

Comments
Topics mentioned in this article
India Cricket Team Virat Kohli MS Dhoni Ravichandran Ashwin Ravindra Jadeja Cricket BCCI
Get the latest updates on IPL 2021, check out the IPL 2021 Schedule and Indian Premier League Live Score . Like us on Facebook or follow us on Twitter for more sports updates. You can also download the NDTV Cricket app for Android or iOS.