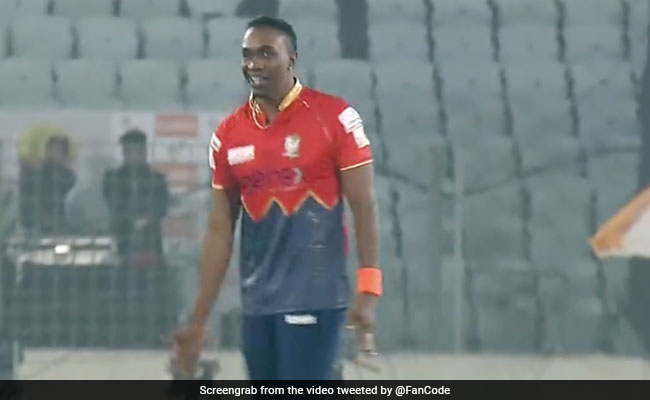 Bravo performed the famous move on the cricket field during a Bangladesh Premier League (BPL) clash against Comilla Victorians.

He picked three wickets in the game that helped his side Fortune Borishal to restrict Comilla Victoria at 158/7 in 20 overs. Despite the all-rounder's brilliance with the ball, Fortune Barishal lost the game by 63 runs. Barishal suffered a batting collapse in the chase as they were bowled out for 95 runs within 20 overs.

The all-rounder posted another video of the same dance move on Tuesday with the caption "Going with the trend!! @davidwarner31 @sureshraina3 how did I do!!"

A post shared by Dwayne Bravo aka SIR Champion???? (@djbravo47)

Suresh Raina and David Warner commented on the post.

Bravo announced his retirement from international cricket in November after the T20 World Cup where defending champions West Indies failed to reach the final four of the tournament.

The two-time T20 World Cup champions West Indies are going through a transition phase in international cricket and they have to take part in the qualifiers to qualify in the next edition of the tournament in Australia later this year.

They are currently playing a five-match T20I series against England.