Derbyshire Register Thrilling Victory Over Nottinghamshire With One Ball To Spare. Watch

Derbyshire incredibly chased down a massive 365-run target to pull of an amazing three-wicket win over Nottinghamshire with one ball to spare. 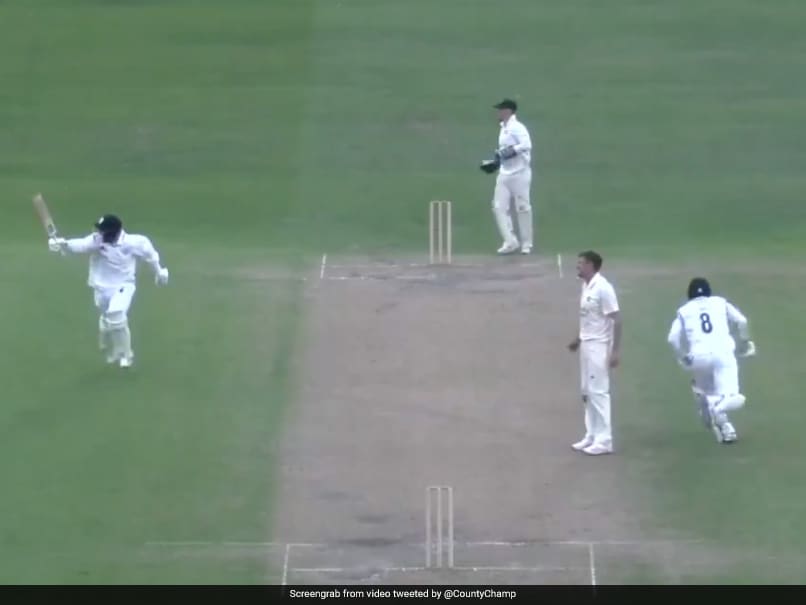 County cricket returned on August 1after the coronavirus enforced break. In the second match since the return of county cricket, Derbyshire defeated Nottinghamshire in a thrilling three-wicket victory with one ball to spare. Derbyshire batsman Michael Cohen flicked Jake Ball to steal a couple of runs which helped Derbyshire win the match by three wickets. County Championship's official Twitter account shared the video of the same and wrote, "When you chase down 365 to beat your local rivals with one ball to spare".

During the match, Derbyshire batsman Flynn Hudson-Prentice batted brilliantly and scored an unbeaten 91 from 169 balls in the second innings which set the platform for his team's victory. Earlier, Derbyshire captain Billy Godleman also did well with the bat and scored an important knock of 86 to set the tone for his team's victory as they required 365 runs to win the match.

In the second innings, Nottinghamshire managed to score 279 runs as Derbyshire bowlers Samuel Conners and Ben Aitchison picked up three wickets each.

The first match of the county season saw Sussex against Hampshire. Sussex managed to register a comfortable 94 run win over Hampshire. Phil Salt, Sussex batsman was brilliant with the bat for his team in both the innings as he scored 68 and 80 respectively to help his team win the game.

Comments
Topics mentioned in this article
Jake Ball Cricket
Get the latest updates on T20 World Cup, check out the T20 World Cup Schedule and Live Score . Like us on Facebook or follow us on Twitter for more sports updates. You can also download the NDTV Cricket app for Android or iOS.