The Ranji Trophy matches between Bengal and Gujarat in New Delhi was cancelled by BCCI following high smog and pollution. Another match between Tripura and Hyderabad was also cancelled. 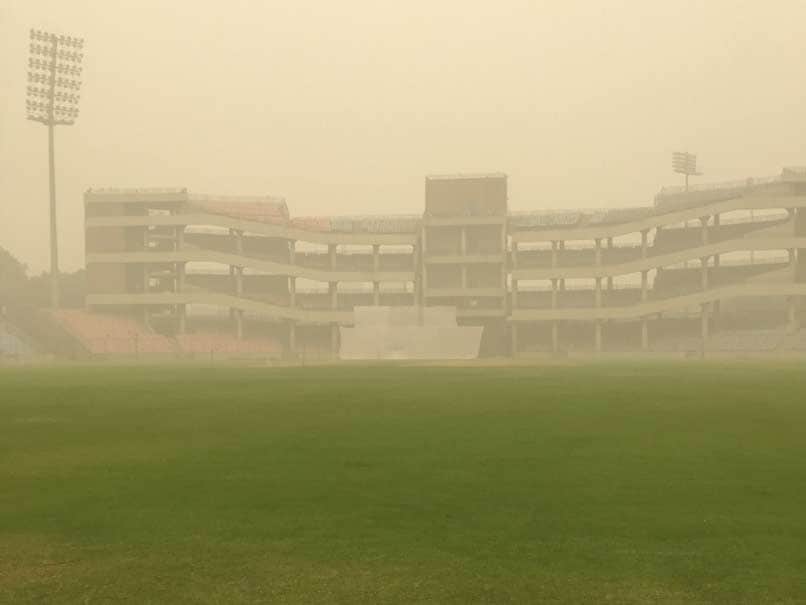 The severity of air pollution and dense smog cover in the capital led to the cancellation of the Ranji Trophy encounter between Bengal and Gujarat at the Feroz Shah Kotla Stadium on the second day itself on Sunday.

Both Bengal and Gujarat teams will be leaving Delhi on Monday for Kolkata and Ahmedabad respectively. Another match between Hyderabad and Tripura, that was to be played at the Karnail Singh Stadium in the capital, was also cancelled.

"The Technical Committee of the BCCI recognised the extraordinary circumstances prevailing in Delhi and decided to reschedule the Paytm Ranji Trophy 2016-17 fifth round matches between Hyderabad-Tripura and Gujarat-Bengal after the first two days of play were lost due to smog conditions in New Delhi," BCCI said in a release.

"The revised venue and dates for the above matches which will be played after the league phase of Ranji trophy, will be announced shortly."

The situation is not expected to improve for a few more days which effectively ruled out any chance of play. Match referee P Ranganathan, in consultation with BCCI and the respective state associations, decided that there is no point in waiting for two more days.

"This is unavoidable and unforeseen circumstances. This cannot be considered as a match. So there is no question of sharing points," match referee P Ranganathan told reporters after the match was called off.

A first in Ranji Trophy

It's a first in Ranji Trophy where a match has been cancelled in its entirety due to prevailing pollution level in the national capital.

In fact, the uniqueness of the situation is the reason why BCCI is expected to reschedule the game. Normally teams get a point each when at least one innings of both teams are not completed.

"We are going back to Kolkata tomorrow morning. It's unfortunate but it is nobody's fault," Bengal manager Sameer Dasgupta said.

Such has been the pollution level that match referee Ranganathan had instructed the players to remain inside the dressing room with many of them finding it difficult to spot anyone within 25 yards.

"Match referee advised players of both teams to remain within the confines of the dressing room. He told us that it will affect our health and we should take necessary precautions," a senior member of the Bengal support staff said.

Players had complained of burning sensation in their eyes and breathing problems after warm-up.

The Bengal players were seen wearing anti-pollution masks as they left the venue.

Incidentally, Bengal are expected to come back to Delhi to play Madhya Pradesh at the Airforce ground in Palam in the second week of December. As of now, there is no threat to that match.

Bengal captain Manoj Tiwary spoke about the health hazards due to the condition in Delhi.

"This is something unbelievable in my 11 years of first-class cricket. The situation is so bad that one can't see anything as we go back from Kotla to our team hotel. You can't spot cars and buses from a distance. The government must step in and do something about it. The health of the common man is paramount and you simply can't breathe polluted air," Tiwary said.

Asked about the next match in Delhi against Madhya Pradesh, Tiwary said: "I know it will be an important match in the group league phase. I don't know whether there will be a rescheduling of venue or not. I need to speak to our coach Sairaj Bahutule and take a call."

Comments
Topics mentioned in this article
Cricket
Get the latest updates on IND vs NZ 2021, check out the Schedule and Live Score . Like us on Facebook or follow us on Twitter for more sports updates. You can also download the NDTV Cricket app for Android or iOS.