Senior players like Unmukt Chand, Manan Sharma and Milind Kumar have also been dropped from the team. 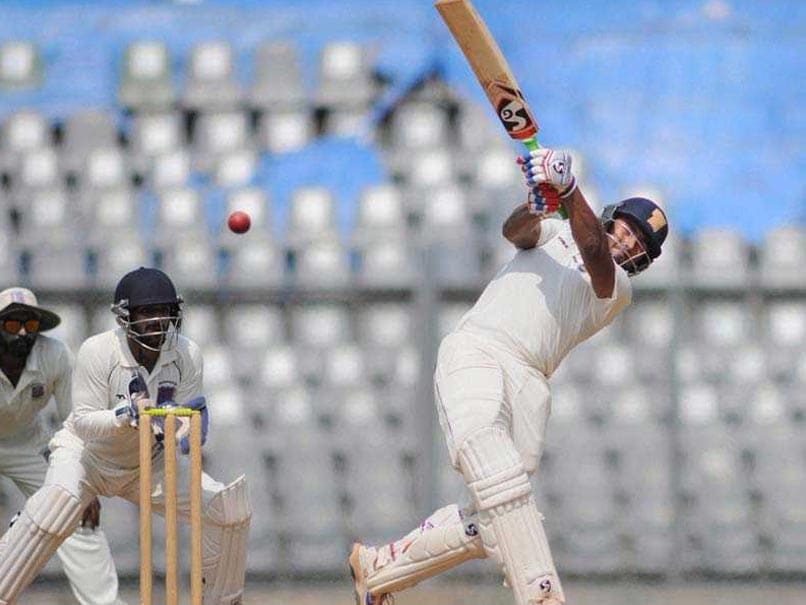 Rishabh Pant had led to the Ranji Trophy final that they lost against Vidarbha.© PTI

The internal politics at the Delhi and Districts Cricket Association (DDCA) hit a new low after young wicketkeeper batsman and India prospect Rishabh Pant was sacked from state captaincy after having led the team to Ranji Trophy final only a week before. In an even more bizarre move, the captaincy was handed over to left-arm seamer Pradeep Sangwan, who last played a competitive match in May, 2017 for Gujarat Lions in the Indian Premier League. Sangwan was not even fit to play in the Ranji Trophy and has the dubious record of being the first Indian cricketer to test positive for banned substance. Sangwan has played 77 T20 matches in his career picking up 71 wickets and his economy rate is an unflattering 7.68.

In another significant move, senior players Unmukt Chand, Manan Sharma and Milind Kumar were dropped from the team. Unmukt is a former Delhi captain while Milind was vice-captain of Ranji team at the start of the season when Pant was on national duty (India A).

"We decided that Rishabh is struggling a bit with his form and we didn't want to burden him with captaincy. Pradeep Sangwan is fit and is the seniormost player in the set-up (save Gautam Gambhir) playing from 2008. So we thought that Sangwan should be made the captain," chairman of selectors Atul Wassan told PTI on Saturday.

When asked why Gautam Gambhir, a two-time IPL winning captain was not given the job, Wassan reasoned: "We want Gautam to play the role of a mentor in this set-up. Also this was the format where we could have tested new players like Tejas Barokha and Lalit Yadav, who have been star performers for U-23 side. Also new ball bowler Gaurav Kumar."

Bihar politician Pappu Yadav's son Sarthak Ranjan, who had not played a single match this season, is back in the mix and Wassan said that he had been picked after he watched him for two months.

"Sarthak had some mental issues and that's why did not play during the beginning of the season. Once he was mentally ready, we kept him on stand by for the U-23 squad. I monitored him for two months and now we have picked him as he is a fantastic talent," said Wassan.

Comments
Topics mentioned in this article
Rishabh Pant Pradeep Sangwan Cricket
Get the latest updates on ICC T20 Worldcup 2022 and CWG 2022 check out the Schedule, Live Score and Medals Tally. Like us on Facebook or follow us on Twitter for more sports updates. You can also download the NDTV Cricket app for Android or iOS.