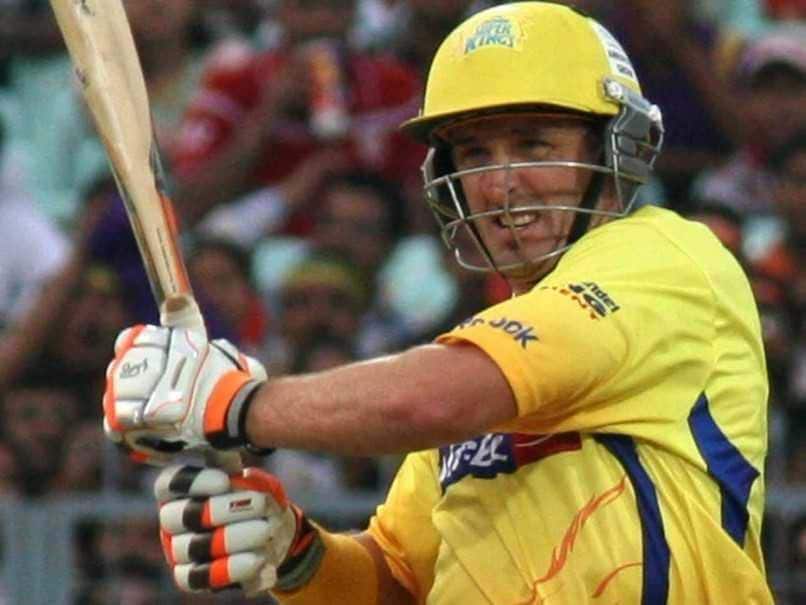 Former Australia batsman Michael Hussey has been appointed batting coach of Indian Premier League (IPL) outfit Chennai Super Kings, the franchise announced on Saturday. Hussey was a key member of the Chennai team that was one of the top performing sides in the tournament. Chennai Super Kings, along with Rajasthan Royals, will be making a return to the domestic Twenty20 tournament after serving a two-year ban. CSK have twice won the IPL, finished runners-up four times and managed to qualify for the playoffs in all eight seasons between 2008 and 2015.

"I am really excited about returning to the Chennai Super Kings in a coaching capacity and working with the players to help them get the best out of themselves and also help to bring success to this great franchise," the Australian batting great was quoted as saying by CSK's official website.

The Australian left-hander has been one of the most consistent performers for CSK in the IPL and his experience will be a valuable addition to the team in IPL 2018. Hussey is the third highest run-getter for CSK in the IPL with 1,768 runs, only behind Suresh Raina (3,699) and Mahendra Singh Dhoni (2,987).

"I have so many great memories as a player and have made many wonderful friends in Chennai and now I am excited about giving back to the franchise in trying to help the next generation of CSK players," said the 42-year-old, who won the Orange Cap for most runs in the 2013 season.

"It is exciting to have CSK back in the competition and I am sure the fans are very happy to have their team back on the field," he added.

"It's really nice to have Hussey back with us in a coaching capacity since he has played for us and possesses a keen cricketing brain," said K George John, Director, Chennai Super Kings Cricket Limited.

"I'm sure he'll continue to be a huge asset to the franchise," John added.

Meanwhile, Chennai Super Kings decided to retain former India captain Mahendra Singh Dhoni along with star batsman Suresh Raina and all-rounder Ravindra Jadeja in the retention event in Mumbai on Thursday. Dhoni was retained for Rs 15 crore while Raina and Jadeja were kept for Rs 11 crore and Rs 7 crore, respectively.

Comments
Topics mentioned in this article
Chennai Super Kings Australia Cricket Team Michael Hussey Cricket
Get the latest updates on SA vs IND 2021-22, check out the Schedule and Live Score . Like us on Facebook or follow us on Twitter for more sports updates. You can also download the NDTV Cricket app for Android or iOS.