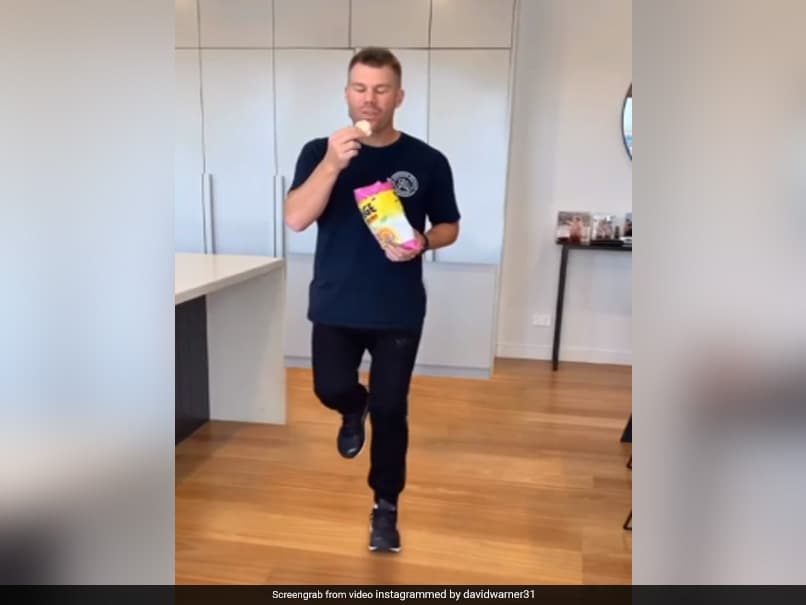 David Warneris arguably one of the most active cricketers on social media during the coronavirus-enforced lockdown around the world. The Australian batsman shares funny posts without fail to keep his fans entertained during these testing times. On Sunday, Warner took to Instagram to share a video where the 33-year-old batsman can be seen defying gravity while spending a "lazy Sunday" eating chips.  "A lazy Sunday indeed eating chips #gravity #challenge #sundayfunday," David Warner captioned the video on Instagram.

On Saturday, Warner posted a video of him dancing with his wife Candice to Telugu star Mahesh Babu's hit song 'Mind Block' from the movie 'Sarileru Neekevvaru'. Soon after the left-handed batsman shared the video, the post went viral on social media.

After impressing one and all with his batting skills, Warner is trying to become a TikTok sensation. The Australian opener is storming TikTok with assorted videos inspired by the various movie industries in India.

From eating corn off a drilling machine to disappearing acts while shadow batting, Warner has done it all. He has even invited India captain Virat Kohli to join the video-sharing platform.

While Kohli has not responded to Warner's call, his former and current teammates feel that it is time that the opening batsman puts an end to his barrage of TikTok videos.

Mitchell Johnson, while commenting on one of Warner's Instagram videos, trolled him for his posts.

"I would say you've officially lost it but not sure you ever had it Bull," Johnson had commented on a video shared by Warner on Instagram.