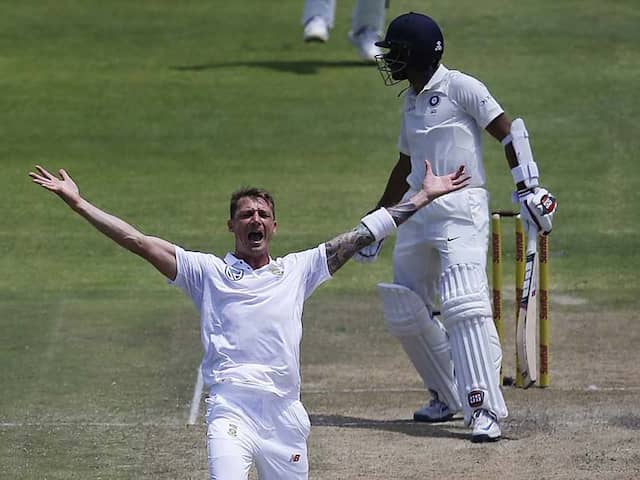 Dale Steyn, senior South African pacer, finds himself on the verge of breaking Shaun Pollock's Test record of 421 wickets, ahead of the first match against Pakistan, starting on December 26. Steyn currently shares the record of South Africa's highest wicket-taker in Tests with Pollock. He, however took 88 Tests to reach that mark, in comparison to Pollock's 108. But Steyn believes that he has more than one-wicket left in him and at the end of the day he has a bigger goal to achieve.

"I have a lot more wickets in me than just one more," he said. "I haven't saved myself just to take one more wicket than Polly (Pollock), there is a bigger goal at the end of the day."

He admitted that the past two years, during which he has had several setbacks had been frustrating.

"I do think it will be a beautiful thing to happen, if it happens. It has taken a long time and these records are great things to achieve.

"I will be highly honoured but I will get back to my mark and try to take the next one."

The 35-year-old, who will be playing in his 89th Test, seemed set to take the record when he played in two Tests in Sri Lanka earlier this year but could only take two wickets to tie with Pollock.

"It's just nice to have a red ball in my hand again," he said.

"Sri Lanka was tough conditions for the fast bowlers, but by the looks of things - the way the nets have been playing out in the middle - there is some spice.

"I am looking forward to getting out there and playing five competitive days of cricket."

Steyn is currently joint eleventh in the all-time list of wicket-takers in Test cricket.

Sri Lankan spinner Muttiah Muralitharan, who retired in 2010, heads the list with 800 while the top fast bowler is current England opening bowler James Anderson with 565.