South Africa Include Dale Steyn In Squad For Australia Tour 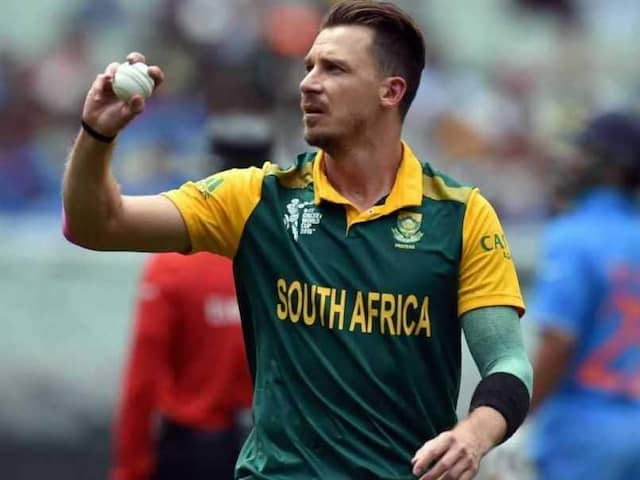 Dale Steyn made a successful return to ODI cricket in the recent series against Zimbabwe.© AFP

Dale Steyn was named on Wednesday as part of a strong South African fast bowling arsenal for the limited-overs tour of Australia later this month. Steyn, 35, was named in the 15-man squad which includes young stars Kagiso Rabada and Lungi Ngidi, as well as returning fast bowling all-rounder Chris Morris, who has recovered from a lower back injury. South Africa will play three one-day internationals and a Twenty20 international during a tour which starts with a match against a Prime Minister’s XI in Canberra on October 31.

Steyn made a successful return to one-day international cricket in the recent series against Zimbabwe after a two-year absence, largely caused by injuries.

"We feel that we got quite a lot out of the Zimbabwe series, notably the form of (leg-spinner) Imran Tahir and the return of Dale Steyn to his very best," said selection convener Linda Zondi.

Morris has not played international cricket since February but Zondi said he had proven his fitness by taking 12 wickets in two four-day matches for the Titans franchise.

"He is the leading wicket-taker in this competition to date and also adds value as a batting option in the lower order," said Zondi.

Leading batsmen Hashim Amla and JP Duminy were unavailable because of injury, leading to a recall for Farhaan Behardien, who did not play against Zimbabwe, while an injury to promising all-rounder Wiaan Mulder created an opening for Dwaine Pretorius, also absent against Zimbabwe.

Dale Steyn Lungi Ngidi Kagiso Rabada Cricket
Get the latest updates on IPL 2020, check out the IPL Schedule for 2020 and Indian Premier League (IPL) Cricket live score . Like us on Facebook or follow us on Twitter for more sports updates. You can also download the NDTV Cricket app for Android or iOS.