Dale Steyn said he was ready to compete for his place in South Africa's 2019 Cricket World Cup squad. 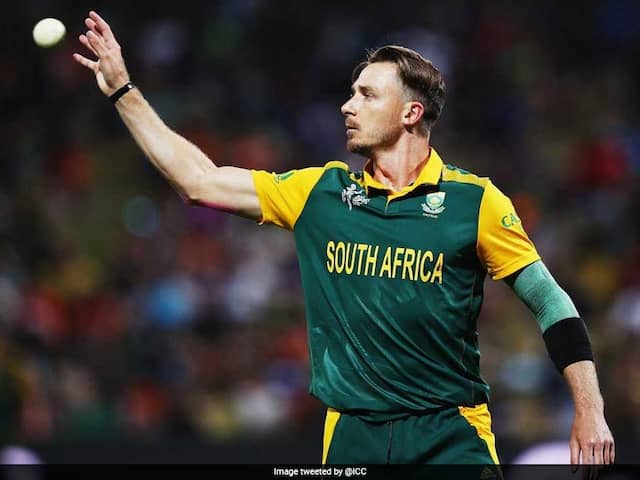 Dale Steyn has not played in one-day internationals since October 2016.© Twitter

Veteran fast bowler Dale Steyn's challenge for a place in South Africa's 2019 Cricket World Cup squad gets underway with a three-match one-day international series against Zimbabwe, starting at the Diamond Oval on Sunday. Steyn, 35, has not played in one-day internationals since October 2016. He has been plagued by injuries but is fresh from a stint with English county Hampshire, taking 20 wickets in five first-class matches. "It was good to go over and play there, be on the park consistently," Steyn said.

His ability to stay fit is a key factor for coach Ottis Gibson. "Once Dale is fit, to me he's still one of the best two bowlers in the country. He's gone away and proven his fitness, so we'll see how he goes in the next couple of games," said Gibson.

Steyn said he was ready to compete for his place. "Having played my last game only two weeks ago for Hampshire I feel like I'm going, I'm flying. But white-ball is a whole new challenge. I've been playing red-ball in the UK."

Gibson said the series against Zimbabwe and three matches in Australia in October and November would be crucial for players trying to stake a claim for the World Cup in England. He said the selectors would be looking to pick a probable World Cup squad for home series against Pakistan and Sri Lanka early next year.

"There will be less and less opportunities going forward, so you have to make every opportunity you get count," said Gibson.

The Zimbabweans found themselves in the cricketing wilderness when they failed to advance from a World Cup qualifying tournament in their own country in March.

That failure led to a purge of Zimbabwe's entire coaching staff and the sacking of Graeme Cremer as captain. Cremer is unavailable because of a knee injury while all-rounder Sikandar Raza was not selected because of a dispute with Zimbabwe Cricket, which has subsequently been resolved.

Brendan Taylor, Craig Ervine, and Sean Williams are back in the side after being unavailable for recent series because of unpaid salaries.