Steyn, 35, has been plagued by injuries in recent years and has not played in a one-day international since October 2016. 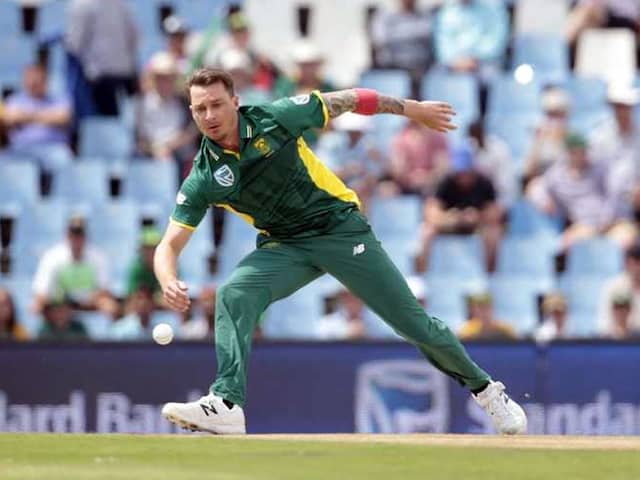 Steyn is determined to finish his white-ball career by playing in the 2019 World Cup in England.© AFP

Fast bowler Dale Steyn was on Friday named in a 16-man South African squad for three one-day internationals against Zimbabwe, starting on September 30. Steyn, 35, has been plagued by injuries in recent years and has not played in a one-day international since October 2016. But he recently stated his determination to finish his white-ball career by playing in the 2019 Cricket World Cup in England.

Steyn made a comeback to international cricket after shoulder and foot injuries when he played in two Tests in Sri Lanka in July but he only took two wickets at a cost of 89.50 runs each.

He has subsequently shown a return to form during a stint with English county Hampshire, taking 20 wickets in five first-class matches at an average of 19.10.

Christiaan Jonker, who made 49 in a promising debut in the third and final Twenty 20 international against India in February, is the only newcomer in the one-day squad.

Batsman David Miller and wicketkeeper-batsman Quinton de Kock have been rested for the one-day series but will play in a three-match Twenty20 series.

Selection convener Linda Zondi said the squads were part of an ongoing process to assess talent ahead of the World Cup.

"We still have one-day series after this one against Australia, Pakistan and Sri Lanka as we get closer to finalising our likely World Cup squad," he said.

Faf du Plessis was named as captain of both squads, subject to fitness assessments. He suffered a shoulder injury in Sri Lanka in August and said on his return to South Africa that he would miss the Zimbabwe series rather than return to action too soon.

Cricket South Africa said in a statement that if Du Plessis was not fully fit a replacement captain would be named nearer the time.