Aakash Chopra suggested that CSK should send MS Dhoni back into the auction pool, and then use the Right To Match (RTM) card to buy him back. 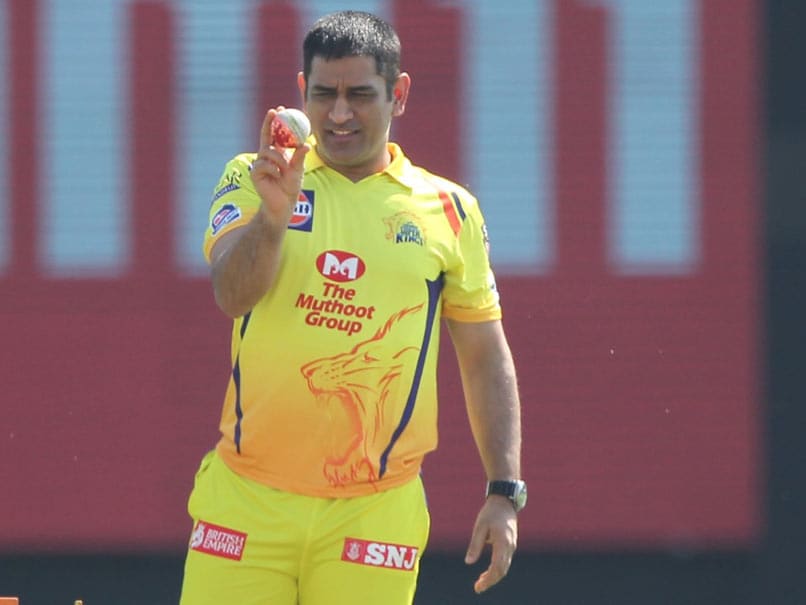 Aakash Chopra said that CSK should not retain MS Dhoni if there is a mega auction.© BCCI/IPL

Former India batsman Aakash Chopra has said that Chennai Super Kings (CSK) should not retain MS Dhoni if there is a mega auction ahead of the next year's edition of the Indian Premier League (IPL). Chopra said that if CSK decide to retain Dhoni, then they will lose out on Rs 15 crore, which he feels can be utilised elsewhere. The former India batsman has suggested that CSK should send Dhoni back into the auction pool, and then use the Right To Match (RTM) card to buy him back.

By doing this, Chennai Super Kings can save some money and the side can make a good team from scratch.

"I think CSK should release MS Dhoni going into the mega auction, if there is a mega auction then you will be with that player for three years. But will Dhoni stay with you for three years? I am not saying don't keep Dhoni, he will play the next IPL, but if you keep him as a retained player but you will have to pay Rs 15 crore," said Chopra in a video posted on his Facebook account.

"If Dhoni does not stay with you for three years and he plays just the 2021 season, you will get the Rs 15 crore back for the 2022 edition, but how will you find a player worth that Rs 15 crore? That's the advantage of a mega auction, you can create a big team if you have the money.

Chopra also said that of all the eight franchises currently in the IPL, CSK really need a mega auction to take place ahead of the next year's IPL. Currently, it is not known whether CSK will stick to the players who played for them this year.

Shane Watson has already announced his retirement from all forms of cricket, and as a result, he will not be seen in action.

"CSK needs a mega auction, the side does not have many players that can be retained. If you want to make a team from the scratch, then are you willing to spend big bucks on the likes of Faf du Plessis and Ambati Rayudu? I don't think that CSK will look at the likes of Raina and Harbhajan if they are making a team from scratch," said Chopra.

CSK had finished in seventh spot in this year's IPL standings with 12 points from 14 matches. This was the first time that the Dhoni-led side failed to qualify for the playoffs.

CSK were without the services of Suresh Raina and Harbhajan Singh this season as both opted out of the tournament. CSK have won the IPL title three times (2010, 2011, and 2018).

MS Dhoni Aakash Chopra Cricket
Get the latest updates on ICC T20 Worldcup 2022 and CWG 2022 check out the Schedule, Live Score and Medals Tally. Like us on Facebook or follow us on Twitter for more sports updates. You can also download the NDTV Cricket app for Android or iOS.