Arun Jaitley did not contest the 2019 Lok Sabha election owing to ill-health and was admitted to AIIMS for treatment in May this year. 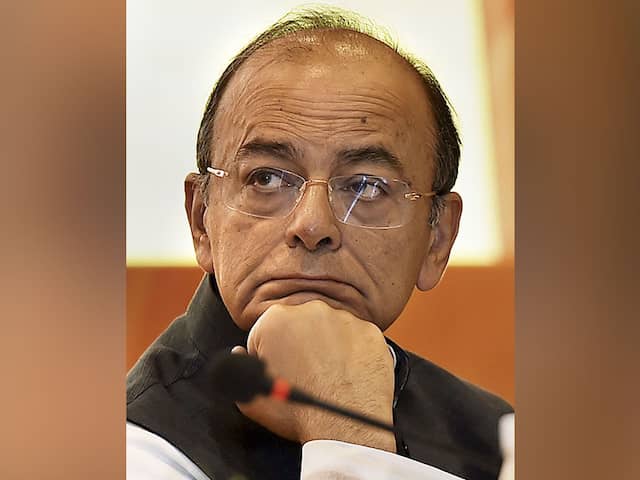 Cricket administration was among the many hats Arun Jaitley wore in public life.© PTI

Cricket administration was among the many hats Arun Jaitley wore in public life and in his death, the cricketers remembered the man who seamlessly juggled roles and stood for them in testing times. A seasoned politician, an astute lawyer and a raconteur with innumerable friends across party lines, Jaitley died on Saturday after a prolonged period of illness. He was 66.

While politicians cutting across party lines were quick to mourn the death of the former union minister, cricketers, including India captain Virat Kohli, also took to Twitter to express their condolences.

Shocked & saddened to hear about the passing away of Shri Arun Jaitley ji. He was genuinely a good person, always willing to help others. He took out his precious time back in 2006 when my father passed away to come to my home & pay his condolences. May his soul rest in peace.

Former India opener and BJP member of Parliament, Gautam Gambhir, who was close to Jaitley, said a part of him was gone with his demise.

As he helmed the Delhi Districts and Cricket Association (DDCA), talented players from in and around the national capital emerged and flourished in the biggest stage.

Virender Sehwag, Virat Kohli, Shikhar Dhawan and Ishant Sharma, besides Gambhir, are some of the names that shone in international cricket with him at the top.

He was a cricket fan first and someone that every big name in BCCI would consult before zeroing in on any policy decision with regards to Indian cricket.

Expressing their grief were Virender Sehwag and Aakash Chopra in a series of tweets.

The big-hitting former opener was not done there.

"... But under his leadership at the DDCA, many players including me got a chance to represent India. He listened to needs of the players & was a problem solver. Personally shared a very beautiful relationship with him. My thoughts & prayers are with his family & loved ones. Om Shanti.

But under his leadership at the DDCA, many players including me got a chance to represent India. He listened to needs of the players & was a problem solver. Personally shared a very beautiful relationship with him. My thoughts & prayers are with his family & loved ones. Om Shanti https://t.co/Kl4NpprR6W

Chopra said, "Deeply saddened to hear that Mr. Arun Jaitley is no more. A scholar...a cricket lover. Always helpful. Would remember the names of the kids doing well at U-19 level too. World will be poorer in your absence, sir. riparunjaitley."

The DDCA also expressed its condolence on its official Twitter page.

"DDCA condoles the death of its former president Mr Arun Jaitley. DDCA and its members mourn his untimely death and feel the loss of his experience and wisdom. We pray to the Almighty for his soul to Rest In Peace."

"Our association goes back to our college days in Shri Ram College Of Commerce where we worked together, he as the President, and me as the General Secretary of the College Union. I also had the privilege of inviting and closely working him in the Cricket Administration in DDCA and BCCI. His contribution in the field of cricket shall be remembered forever," Khanna said.

"Shri Arun Jaitley ji was one of the few persons who has genuinely loved Indian cricket and someone who always came forward to protect the BCCI when chips were down," Dalmiya said.

"Being an eminent lawyer, he would take the centerstage in such adverse situations and guide the Board on the way forward. In fact, he would certainly have been the obvious and unanimous choice for the BCCI Presidentship on a number of occasions had he given his consent to occupy the chair," Dalmiya junior said.

Jaitley, a lawyer by profession, had been a key member of Prime Minister Narendra Modi's Cabinet in the NDA government's first term. He held the finance and defence portfolios, and often acted as the chief troubleshooter of the government.

Jaitley did not contest the 2019 Lok Sabha election owing to ill-health and was admitted to AIIMS for treatment in May this year.

He had undergone a renal transplant on May 14 last year at AIIMS.