Australian captain Aaron Finch was shocked when he came within a metre (yard) of a burst of the pyrotechnic display as he went to get the ball from just over the Adelaide Oval boundary line on Wednesday evening, during the T20 International against South Africa. 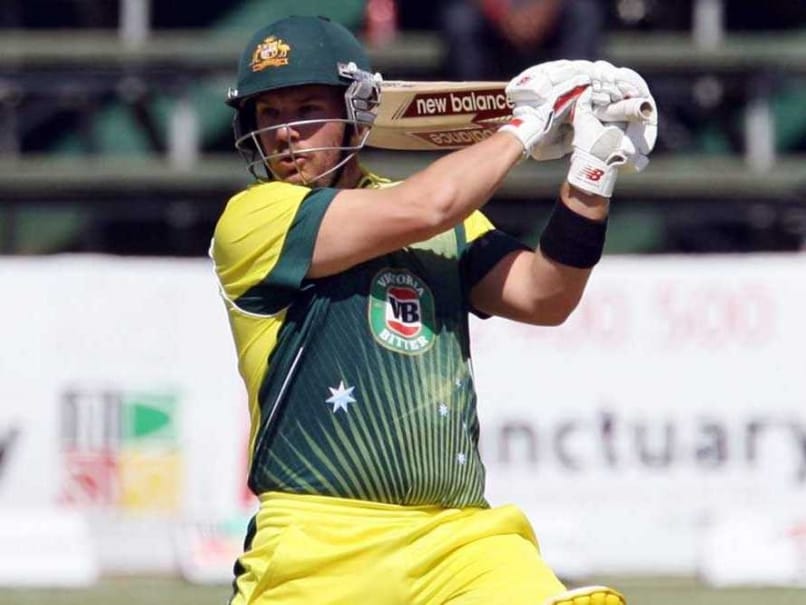 Australian T20 captain Aaron Finch received an apology Thursday after a close call with a flame thrower during the team's loss to South Africa in Adelaide.

Finch was shocked when he came within a metre (yard) of a burst of the pyrotechnic display as he went to get the ball from just over the Adelaide Oval boundary line on Wednesday evening.

He had deliberately stalled collecting the ball, knowing that flames are shot to mark boundaries.

But when nothing initially happened he assumed it was safe to approach, only for a flame to blast out as he neared in a pyrotechnic mishap.

"We have apologised to Aaron for the incident last night," Cricket Australia said on its website.

"We have clear operating procedures in place for the use of pyrotechnics at matches. They include strict rules about safe operating distances with respect to players and fans.

"Clearly there was a breach of that last night which we take very seriously and have addressed with the contractor concerned."

After the seven-wicket loss to the Proteas, Finch called for more care to be taken with boundary line gimmicks.

"It was a shock, I can tell you," Finch said of the near miss. "I'm sure it could be quite dangerous."

David Hussey had a similar close shave at the same venue.

"I think it might have been last year or the year before when Dave Hussey almost got his head blown off," said Finch.

"Probably a bit more care has to be taken towards the players and anyone who is nearby."

Comments
Topics mentioned in this article
Australia Cricket Team South Africa Women Aaron Finch David Hussey Cricket
Get the latest updates on India vs Australia Series, check out the India vs Australia Schedule for 2020-21 and Ind vs Aus live score . Like us on Facebook or follow us on Twitter for more sports updates. You can also download the NDTV Cricket app for Android or iOS.