Pravin Tambe, all of 48, took one of the catches of the Caribbean Premier League (CPL) 2020 to set social media abuzz. 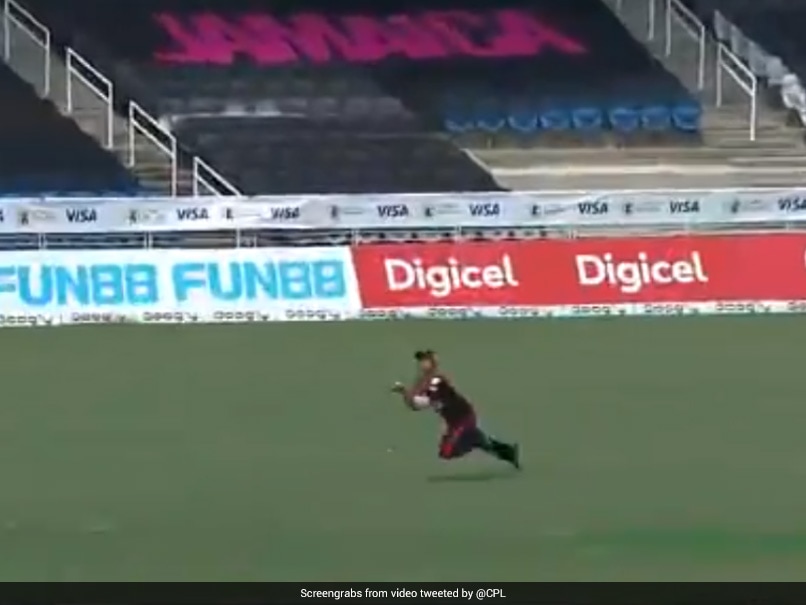 Pravin Tambe pulled off an incredible catch during a CPL 2020 match on Sunday.© CPL/Twitter

Pravin Tambe, who became the first Indian to feature in the Caribbean Premier League (CPL)last month, pulled off an incredible catch to dismiss Ben Dunk during a match between St Kitts and Nevis Patriots and Trinbago Knight Riders (TKR) on Sunday. Given his age, Tambe's effort becomes even more commendable and many fans did exactly that, flooding the social media to praise 48-year-old leg-spinner's brilliant commitment on the field. Tambe, who will be turning 49 next month, is also the oldest player to play in the CPL and has proved that age is just a number. Sharing the video of Tambe's incredible catch, the official handle of CPL tweeted: "PRAVIN TAMBE!! Aged like fine wine! A brilliant catch and a Wicket! #CPL20 #CricketPlayedLouder #SKPvTKR".

Tambe's stunning grab occurred in the seventh over of the innings when Ben Dunk tried to reverse sweep Fawad Ahmed but only managed a top edge. The ball went up in the air and Tambe, who was stationed at wide short third-man, showed great reflexes and covered a lot of ground before diving to his right to grab the catch cleanly with both hands.

At 48,passion for the game is brilliant no words for that effort

Would Love To See Tambe Dawn Blue Jersey Once, what a iconic moment it would be..

Passion can make a human being do anything

Apart from his eye-grabbing catch, Tambe also impressed with his bowling as he sent Joshua Da Silva packing in the very next over. Tambe was also the most economical bowler in the match as he gave away only nine runs in his four-over spell, returning an impressive figure of 1/9.

Fawad Ahmed was the pick of the bowler for Knight Riders as he accounted for four dismissals, while giving away just 21 runs in his quota of four overs.

TKR bowlers bowled out St Kitts and Nevis Patriots for 77 runs in 18.2 overs and their batsmen chased down the total inside 12 overs to extend their winning streak to 10 games this season.

TKR, who won the tournament in 2017 and 2018, will take on Jamaica Tallawahs in the first semi-final of CPL 2020at Brian Lara Stadium, Tarouba, Trinidad on September 8.

Ben Dunk Cricket St Kitts and Nevis Patriots vs Trinbago Knight Riders, Match 29
Get the latest updates on Fifa Worldcup 2022 and check out  Fifa World Cup Schedule, Stats and Live Cricket Score. Like us on Facebook or follow us on Twitter for more sports updates. You can also download the NDTV Cricket app for Android or iOS.