Kieron Pollard led from front, scoring 72 off just 28 balls, to pull off a thrilling victory for Trinbago Knight Riders (TKR) in a Caribbean Premier League (CPL) 2020 match on Saturday. 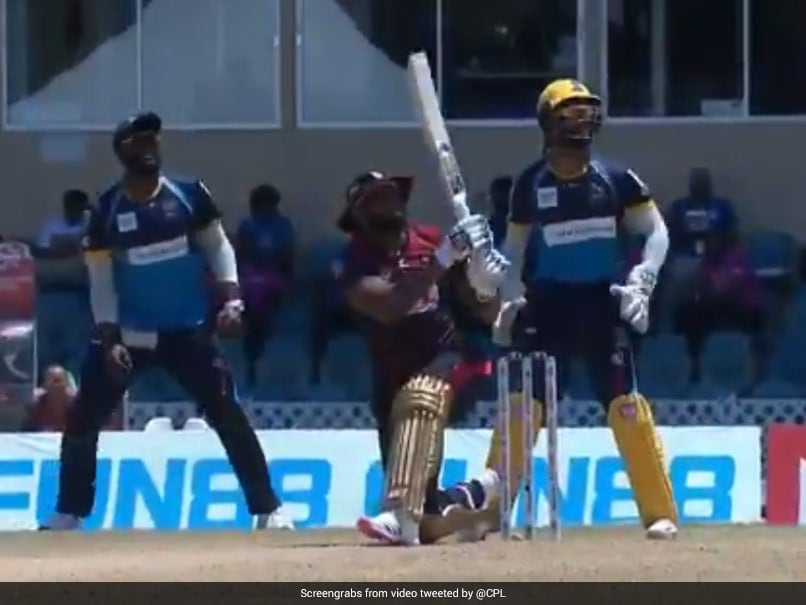 Kieron Pollard led from front, scoring 72 off just 28 balls, to pull off a thrilling two-wicket victory for Trinbago Knight Riders (TKR) in a Caribbean Premier League 2020 (CPL) match on Saturday. Chasing 149 to win against Barbados Tridents, TKR were struggling after losing four wickets inside the first eight overs. However, Pollard batted superbly to give his team an improbable win, keeping their unbeaten run intact and further strengthening their position at the top of the points table. When Pollard came in to bat in the 13th over, the scoreboard read 62/5, which soon became 77/6. From there on, it was a Pollard show as he took the majority of the strike and took the game deep.

Kieron Pollard is undoubtedly the @Dream11 MVP for match 17! What a beast! #CPL20 #CricketPlayedLouder pic.twitter.com/QoY2sfBfPp

Pollard's confidence in his ability reflected from the fact that when they needed 70 runs off last five overs, he decided to defend Rashid Khan's over, which yielded only four runs.

However, Pollard put the foot on the accelerator in the 17th over of the innings, smashing four sixes off young leg-spinner Hayden Walsh to turn the tide.

Pollard then struck two boundaries in the next over to bring up a blistering half-century off just 22 balls.

Sensing the danger, Barbados skipper Jason Holder brought himself into the attack to bowl the penultimate over but Pollard showed no mercy and collected two more sixes in his over, bringing down the equation to 15 needed off six balls.

The Mumbai Indians all-rounder began the last over with a six but got run out on the very next ball, trying to get back on the strike.

However, Khary Pierre smashed a six on the fourth ball over to tie the game and took a single off the penultimate delivery of the over to seal the win.

Kieron Pollard was adjudged Man of the Match for his incredible knock, that included two fours and nine hits over the fence. They will next take on Jamaica Tallawahs at the Brian Lara Stadium, Tarouba, Trinidad on September 1.

Barbados Tridents
Get the latest updates on ICC Women's Cricket World Cup 2022 and IPL 2022, check out the Schedule , Live Score and IPL Points Table. Like us on Facebook or follow us on Twitter for more sports updates. You can also download the NDTV Cricket app for Android or iOS.